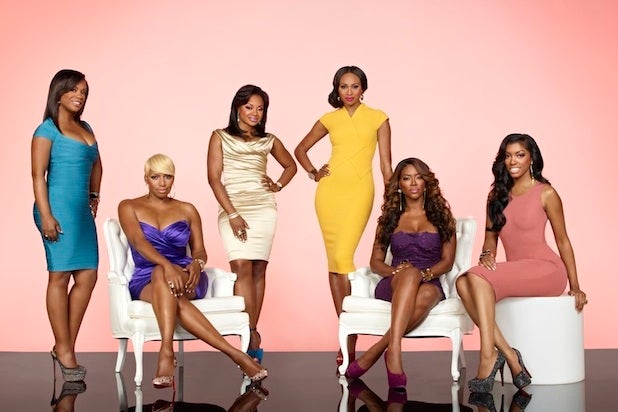 Bravo has been able to secure the entire cast of “Real Housewives of Atlanta” for another season.

Individuals with knowledge of the situation told TheWrap that Cynthia Bailey, Kandi Burruss, NeNe Leakes, Phaedra Parks, Porsha Stewart and Kenya Moore are all in the final stages of contract negotiations.

Bravo didn’t immediately respond to our request for comment. The network is expected to make the official cast announcement after the cast’s contracts are closed.

This would be considered a good thing for Bravo, since Season 6 of “RHOA” was the highest rated season across all Bravo’s key demos, including an average 2 million viewers in the advertiser-coveted Adults 18-49 demo. It averaged 3.5 million viewers per episode.

There was some speculation that a cast shakeup was inevitable following a rambunctious reunion taping in which Stewart attacked Moore.

Fans were divided. Some called for Stewart to be fired for resorting to violence (she was later charged with simple battery, a misdemeanor).

Others believed that Moore should be let go for relentlessly taunting Stewart with the help of a scepter and a megaphone on-set of the reunion. Bravo’s Andy Cohen would later announce that props would be banned from all future reunion tapings.

Then, of course, there was the twist of Leakes and Bailey ending their longtime friendship. Leakes, the longest-standing castmember of “RHOA,” went so far as to suggest that Bailey added nothing to the show and should be fired.

E! was the first to report that all the “RHOA” castmembers are returning.