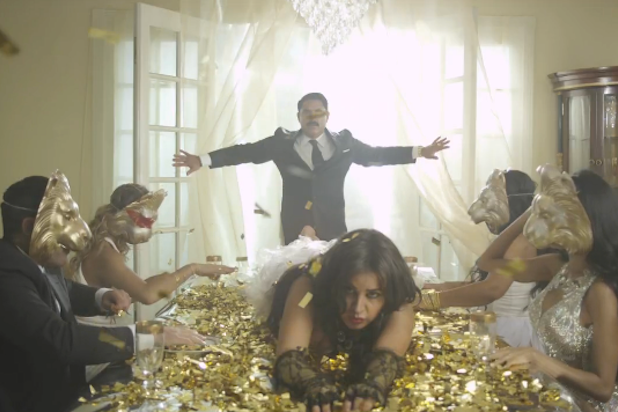 Ryan Seacrest Productions is pulling out of the “Shahs of Sunset” business weeks after its editors walked off the job in a fight for union representation. Production on the show for Season 4 and all decisions regarding the labor strike will now be made by Bravo, TheWrap has learned.

In a statement released by RSP on Friday, the company placed responsibility for the show on Bravo and explained that it is unable to work with its striking post-production editors and has relinquished production to Bravo.

Bravo controls the rights to ‘Shahs of Sunset,’ and as a result, makes all final decisions regarding production and budgetary matters. Ryan Seacrest Productions (RSP) has deferred to the network’s decision for Bravo to assume all remaining production duties on ‘Shahs of Sunset.’ RSP will be unable to continue working with the editors that were previously engaged on this production. We appreciate the passion, commitment and contributions these editors made to the fourth season of ‘Shahs of Sunset,’ and we’re extremely proud of the show, and applaud all the great work that the cast, producers and crew have made to date.”

A Bravo representative confirmed the handover to TheWrap: “Bravo is assuming control of production ‎of Season 4 of ‘Shahs of Sunset’ from Ryan Seacrest Productions.”

Editors working on the fourth season of “Shahs” walked out nearly three weeks ago after RSP failed to address a letter requesting an immediate start to contract talks. The editors had overwhelmingly signed cards authorizing the International Alliance of Theatrical and Stage Employees (IATSE) to negotiate on their behalf.

Individuals with knowledge of the situation told TheWrap that RSP hadn’t reached out to the union to negotiate.

In a statement to TheWrap, the Editors Guild said:

The right to organize, including the right to strike, is enshrined in federal law. It is an egregious violation of the law for any employer to discharge or otherwise retaliate against employees for exercising their right to organize. The Editors Guild and IATSE will aggressively defend the rights of our membership against all such violations.

By washing their hands of the production, RSP allows the bigger NBCUniversal-backed Bravo to continue the union fight. One insider told TheWrap that Bravo will probably hire new non-union editors to complete production.

In the meantime, the union won an early battle when Bravo was forced to push the “Shahs” premiere date back to an undetermined date during the first week of striking.

See video: Motion Picture Guild President on Why Bravo’s ‘Shahs of Sunset’ Crew Is on Strike