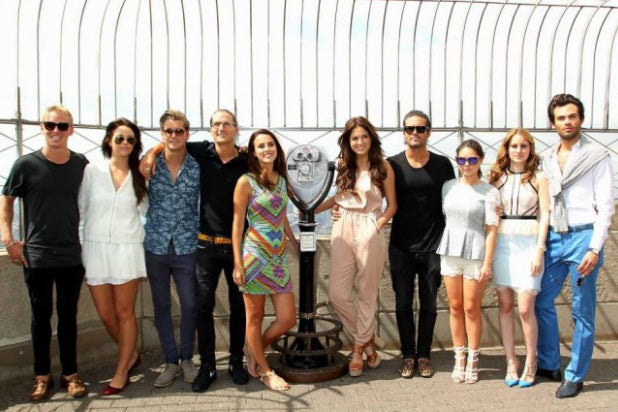 made in chelsea nyc cast from bravo

Get ready for the Chelsea invasion.

“Made in Chelsea,” the BAFTA award-winning British reality TV series from production company Monkey, is set to make its way to U.S. audiences on Bravo on Nov. 16.

The six-episode season features the original show’s best-loved cast members as they take New York’s Chelsea neighborhood by storm. Four New Yorkers will join the Brits on their adventures.

The original show — which “follows the lives and loves of the socially elite 20-somethings who live in London’s most exclusive area – Chelsea” –premiered on E4 in the U.K. in May 2011. It was an instant hit with audiences across the pond and just began airing its eighth season there.

According to the premiere episode description, Lucy befriends New York fashion blogger Billie who quickly catches the eye of both of Lucy’s friends — Spencer and Jamie. However, Lucy tries to steer Billie towards her trusted friend and newly single, Stevie. As the Londoners begin to familiarize themselves with the big city, friends Proudlock and Stevie throw a party in their swanky pad, where Proudlock introduces Louise to his New Yorker friend, Alik.

Monkey, the producers behind “Made in Chelsea” and “Made in Chelsea: NYC,” was acquired by NBCUniversal International Television Production in 2010. They also produce “First Times Farmers,” “The Charlotte Church Show” and “The House Of Obsessive Compulsives” for the U.K.’s Channel 4, as well as “Newlyweds” for Bravo.

“Made in Chelsea: NYC,” which was announced back in March, is Bravo’s second foray into the ‘European socialites invading the U.S.’ genre. Their similar new show, “Euros of Hollywood,” premieres Nov. 3, and “follows six outrageous Europeans living in Los Angeles with personalities as big as their native countries while they strive to achieve their version of the American Dream.

From a pop diva known as the “Madonna of Albania” to a Prada-wearing Italian Renaissance man whose goal is to win an Oscar, these ambitious and unfiltered men and women will stop at nothing to rise to the top. With their hearts on their sleeves and a shared bond as Europeans, they will help each other out in their pursuit of fame, fortune, and family.”