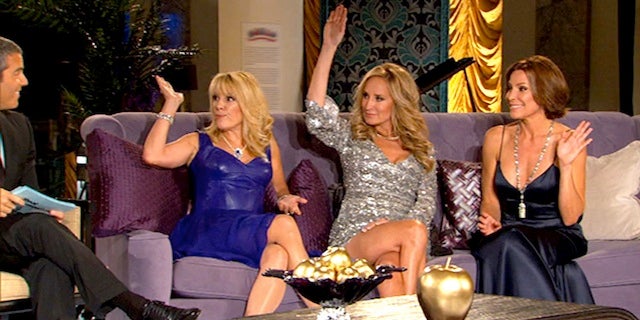 Bravo's "The Real Housewives of New York" resumed shooting Season 6 on Wednesday — a week late — with just four of the women returning to their jobs after a failed attempt to band together for bigger paychecks.

The road to that point was filled with lessons for the network and the housewives. Bravo would ultimately crush the women's "Friends-style" negotiation tactics – something it had actually set out to avoid in the first place.

TheWrap spoke with numerous individuals with inside knowledge of the negotiations between the ladies and the network to separate fact from fiction.

According to an individual close to the cast, Bravo tried to squash any group bargaining by the women from the very beginning by dividing and conquering them – a method we are told they're using currently on the Beverly Hills ladies, as well.

"They used to present offer letters all at once, but that gave the girls the opportunity to band together and hold out for more money," the individual told TheWrap.

"Now they figured out that if they stagger the offers and leave the hardest negotiators out until the end, not only will they have less time to negotiate, it will also instill fear that they aren't going to be asked back."

Queen Bee Ramona Singer; former television news producer and Polish princess by marriage, Carole Radziwill; and apparel retailer Heather Thompson got their offers and accepted them in time to attend the network's upfront presentation for advertisers in early April. Socialite Aviva Drescher would receive and accept her offer by late April.

That left party girl divorcee Sonja Morgan and former French countess Lu Ann de Lesseps on the outs. And despite Morgan's interview with a gossip site around the time saying she was all set to return, a Bravo insider told TheWrap she had not been confirmed yet.

So, with four of the six housewives signed, how could they form an alliance? This is where Bravo counted its chicks before they hatched. The women had accepted in principle, but their contracts had yet to be finalized.

What would cause the four women to renege on their word? Money, of course. Also, possibly, reports at the time that "Real Housewives of Atlanta" star NeNe Leakes had inked a deal with Bravo for $1 million (to be fair that included her new spinoff).

Also read: Bravo to Striking 'Real Housewives of New York' Cast: Stand Down or You're Fired

The New York women looked at their paychecks, which ranged from $175,000-$500,000 for last season, and realized there was more to be had (even though a Bravo insider told us they were already given raises in their original Season 6 offers). They all refused to finalize their contracts and stalled production.

"They're getting greedy and feeling entitled," a Bravo insider told TheWrap at the time.

The problem is the New York women don't hold a candle to Leakes. She's the longest-standing star on Atlanta – Bravo's highest rated series – and its grande dame. At the time, she was also starring on NBC's now-canceled "The New Normal" and guest-starred on Fox's "Glee," so her stock (and thus her asking price) had risen.

So, while Singer and de Lesseps are themselves original NYC cast members, the series earned its second lowest ratings of its run last season. They don't have the cachet — or bargaining power — that Leakes does.

Additionally, the women underestimated Bravo's ability to call their bluff and recast the entire show (contrary to reports, the network never considering canceling the series as an option). They also overestimated the strength of its alliance when the threat of losing their jobs became very real.

"At the end of the day, nobody will ever quit the show," one individual close to the cast told TheWrap when negotiations were at a standstill. "If it came down to it they would probably do it for free over losing out on the platform. They need the platform to stay relevant and to make money."

This is how Bravo turned the situation back in its favor. It refused to raise its salary offers and told the women to take it by its extended deadline of the following Monday.

For the network, there was more to lose than just money. If they let the women get away with this, it opened itself up to the same kind of group negotiations on its other shows. Execs had to squash it.

"You know the people at Bravo love their little power plays over the ladies," a former NYC cast member told TheWrap. "Makes my stomach turn."

Negotiations with the women's representatives continued into the weekend and culminated with all six agreeing (again in principle) to sign their contracts during business hours on Monday. While a friend of one of the confirmed returning housewives told us that she claimed to have gotten a major raise, a Bravo insider said the network didn't budge on the money. "The offer was the offer," they said.

By this point, Bravo had learned it couldn't trust that negotiations were actually done until the women signed on the dotted line. So, it remained cautious about the agreements. And, rightfully so.

On Monday, de Lesseps and Drescher's agreements didn't come through. But, Bravo called their bluff and renewed the series with just four of the women signed on in an official statement to press.

An insider told us that the two women may sign on at a later date. But, they may have lost more of their bargaining power now that the production has continued on without them. The Bravo insider previously indicated that the network was prepared with at least three new women waiting in the wings to join the series if any of the negotiations with last season's women fell apart.

"As far as I know because they missed the deadline, Bravo's holding out on them," the former cast member told us.

Bravo and reps for de Lesseps and Drescher didn't immediately respond to TheWrap's request for comment.