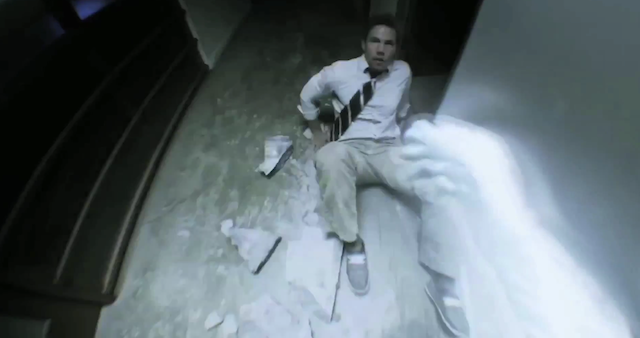 Over the past year, Break Media has shifted from being a collector of user-generated videos with a decidedly male appeal into making shows of its own. No project encapsulates the changes better than “Higher Power,” Break's first feature-length project, which it is producing with Hollywood heavyweight Lorenzo di Bonaventura.

Break will release the movie in chapters like similar high-concept shows “Cybergeddon” (from “CSI” creator Anthony Zuiker and distributed on Yahoo) and Warner Bros.' “H+” (produced by “The Usual Suspects” director Bryan Singer).

By filming at feature-length, Break can sell “Higher Power” to domestic TV channels and to overseas networks, two in a litany of ancillary revenue streams that can offset the costs of the show.

“For the first time we’re seeing an opportunity to make really good content and generate real revenue,” CEO Keith Richman told TheWrap. “That was never the case before.”

The project is one of 30 original programs the 15-year-old company, which has amassed more than 30 million monthly visitors across its channels, is producing this year. Break's series range from comedian Paul F. Tompkins talking with celebrities in “Speakeasy” to an action series called “Armed Response.”

“We can shoot 30 things a year and know our sales team and our various array of products puts us in a position to monetize it in a lot of ways,” Richman told TheWrap. “All the trends are aligning for us to be able to do a lot more.” If "Higher Power" marks a new venture for Break, it is even more unusual for di Bonaventura (left), the former president of production at Warner Bros. and producer of successful film franchises like “Transformers” and “G.I. Joe.”

His company has never made a project that appeared online first.

“We never even kicked the tires,” Ed Fee, di Bonaventura’s development chief, told TheWrap. “This is groundbreaking for us.”

Yet both Fee and di Bonaventura were attracted to the script. When they saw the visual effects tape (video below) they were immediately interested in working with the director, effects specialist Matt Santoro.

“Matt Santoro is a genius. It’s almost like ‘Chronicle’ in how grounded it is,” Fee said, referencing Josh Trank‘s low-budget sci-fi film that grossed more than $120 million.

“It’s a bigger, effects-driven spectacle movie at a much smaller price point. We thought it was an exciting opportunity for us and for Lorenzo to get us in that space. It does feel like the future to a degree.”

Greg Siegel, Break's SVP of entertainment development, said it would never have been possible to get someone of di Bonaventura's stature involved in this project even a couple of years ago. Few in Hollywood took online video production seriously, but the difference between now and two years ago is "night and day," he said.

Siegel had already sensed the ground changing. He worked at the talent agency Endeavor for a dozen years before venturing into the online video waters in 2007.

“There has been a huge drop-off over the past 5-6 years in the number of studio productions,” Siegel told TheWrap. “As that’s been happening, there’s a growing pool of talented filmmakers, especially in the effects-driven realm, with less opportunity.”

That doesn’t mean the costs are comparable. “Higher Power” will still cost less than $1 million.

Di Bonaventura's normal producing fee "is significantly more than our budget on his movie,” Siegel noted. “But he was really attracted by the talent that this kind of distribution is opening up.”