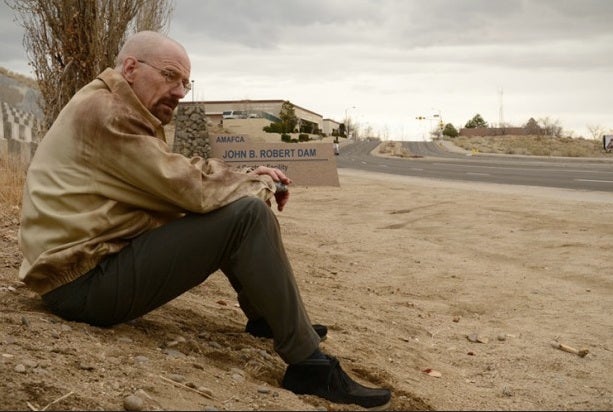 The explosive “Breaking Bad” finale may overturned watercoolers across the country, but the excitement was not enough to help AMC Networks beat Wall Street’s projections during its most recent financial quarter.

The cable company posted earnings of $58.1 million, or 80 cents per share, for the three month period ending in September. That represented a  59 percent jump from the $36.6 million, or 51 cents a share, it logged in the year-ago period.

Revenue for the quarter increased 19 percent to $395 million, up from $332.1 million in the same period in 2012. Advertising revenue, helped no doubt by interest in Walter White’s fate, increased 36 percent to $146 million.

“Our solid financial results in the third quarter were driven by a return on our investment in original programming,” Josh Sapan, AMC Networks President and CEO, said in a statement.

Both revenue and profits missed analysts’ expectations, however. AMC had been expected to log profits of $62.5 million and $396 million in revenue.

Best known for its Emmy-winning AMC channel, home to “Walking Dead” and “Mad Men,” the company also maintains a suite of channels like IFC, Sundance and WE tv. It recently scored a Best Drama Emmy for “Breaking Bad,” which was a ratings smash in its final season, and continues to score record numbers for “Walking Dead,” but it has struggled to build on those juggernauts. The crime drama “Low Winter Sun,” for instance, struggled both critically and in terms of viewership.

AMC Networks said  its $1 billion deal to acquire Chellomedia, Liberty Global’s international content division, is expected to close in the first quarter of 2014.

Shares of the company dropped more than 3 percent to $70 in pre-market trading.