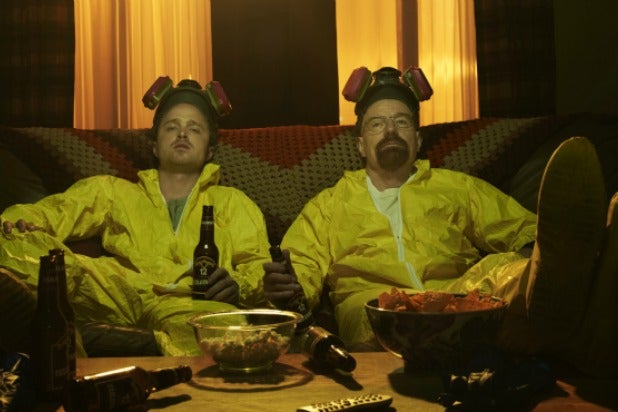 Didn’t bother paying for AMC to watch “Breaking Bad”? As far as Vince Gilligan is concerned, you were doing the show a favor.

“Breaking Bad” creator Gilligan told the BBC that illegal downloading of his series — which wrapped its run in late September — “helped” boost the show’s popularity and built its “brand awareness.”

“[Piracy] led to a lot of people watching the series who otherwise would not have,” Gilligan said.

Gilligan did concede, however, that piracy, while raising awareness of the show, had a flattening effect on his wallet.

“The downside is a lot of folks who worked on the show would have made more money, myself included, if all those downloads had been legal,” Gilligan said.

Per TorrentFreak, the series finale of the show, which aired Sept. 29, racked up more than half a million illegal downloads.

“Breaking Bad,” which returned for its final eight episodes after a nearly yearlong break in August, experienced a substantial ratings boost with its last run of episodes. With its August return, the series grabbed 5.9 million total viewers, a 102 jump over the previous year’s season premiere. The series finale grabbed 10.3 million total viewers.