Sunday’s “Breaking Bad” finale was event tweeting, according to data from social analytics firm Topsy, which tracked tweets during the episode and compared the volume to four other TV show finales.

Topsy also looked at the Nielsen ratings for the five shows to see how they compared to the number of tweets. Lost was the winner there, although its third-place Twitter finish might also be chalked up to the fact that it aired three years ago, when the social media service was not as widely used. 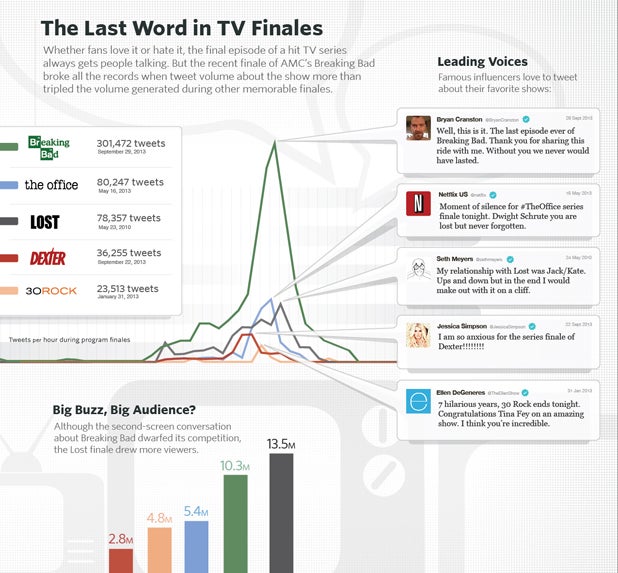