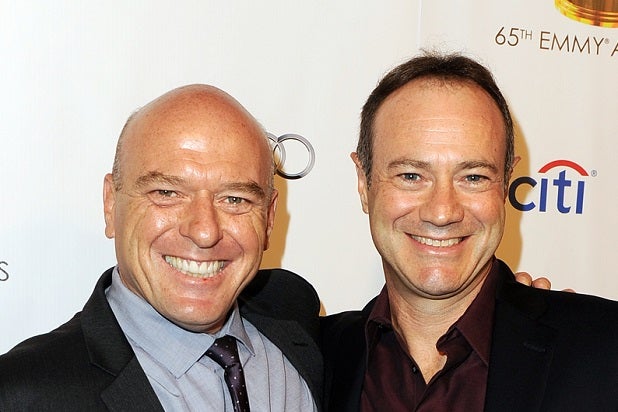 Fresh off of his run as co-executive producer on the recently ended AMC meth drama “Breaking Bad,” Mastras  has entered a two-year overall deal with HBO.

Mastras, pictured above with “Breaking Bad” star Dean Norris, co-wrote a number of “Bad” episodes, including this year’s “To’hajiilee.”

Under the deal, he will develop new products for the premium cable network. He is also in consideration to sign on for HBO’s upcoming rock ‘n’ roll drama from “Boardwalk Empire” duo Martin Scorsese and Terence Winter, and Rolling Stones frontman Mick Jagger.