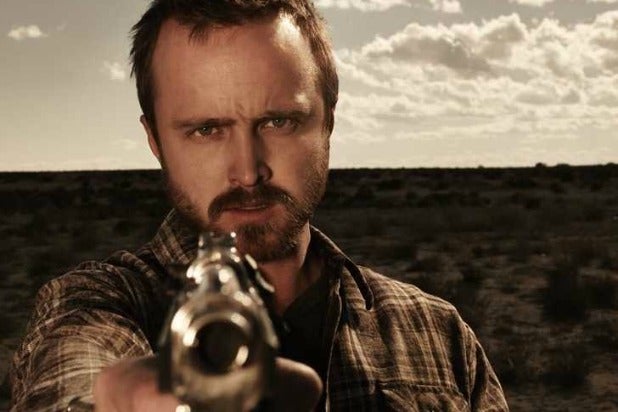 The shockingly strong performance showed what a cultural phenomenon Vince Gilligan‘s meth drama has become since it averaged about a million viewers in its first season in 2008. An expanded one-hour episode of the post-show “Talking Bad” had 4.4 million viewers, 2.9 million of them in they key demo.

The show thrived by any standard: It has five times the viewers of Showtime’s “Homeland” (which people need to pay a premium to see), and more viewers than anything on broadcast TV Sunday except for football and “60 Minutes.”

The numbers mean many people met Walter White for the first time, just as his story came to an end. The show’s previous record in total viewers was set last week, when it had 6.6 million people tune in opposite the Emmys. “Breaking Bad” won the Outstanding Drama Series award, which no doubt sparked interest. So did a media flurry that included Aaron Paul popping up on “Saturday Night Live.”

“‘Breaking Bad’ is simply unique,” said Charlie Collier, AMC president. “It all starts with Vince Gilligan who really only ever asked for one thing – the opportunity to end the show on his own terms. That is exactly what Vince did last night and, as always, brilliantly so. Congratulations to Vince and to every single person involved in this remarkable journey. We’re proud that AMC will forever be known as the birthplace and home of this iconic show and, at the same time, we tip our Heisenberg hat to the fans who made this a truly shared experience.”