Walter White and New Mexico are like Batman and Gotham — you can scarcely imagine one existing outside the other. But “Breaking Bad” only came to be set in the Land of Enchantment for one reason, and it had nothing to do with enchantment, methamphetamine production or anything like creative vision.

Vince Gilligan, creator of “Breaking Bad,” long ago noted that he originally wrote the show to take place in Riverside, California. He was familiar with the hard-edged inland community, which was not much of a stretch for a drama set around the manufacture and distribution of drugs.

But New Mexico’s generous tax rebates for Hollywood production were too strong to resist.

“I got really lucky that the production guys at Sony said to me, when they read the pilot episode of ‘Breaking Bad,’ ‘What do you think about shooting it in Albuquerque?'” Gilligan told The New Yorker in a long Q&A published this week to coincide with the conclusion of spinoff series “Better Call Saul.” 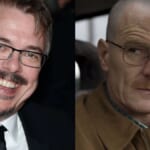 Also Read:
‘Breaking Bad’ Creator Vince Gilligan Has Completely Turned on Walter White: ‘He Was Really Full of Himself’

“And I said, ‘Well, guys, as it says on the page, I set it for Riverside, California, the Inland Empire,'” Gilligan continued. “They said, ‘Yeah, we get that. But New Mexico has this rebate they’re giving filmmakers. It’s a much sweeter deal financially than anything Southern California’s going to offer us. And the reason that’s good for you is you effectively have a larger budget with which to make your show.”

“I thought, Yeah, but really it should be California,” he continued. “Because that’s what I had in my head. But then I realized the sad truth is that there’s a meth business — many of them, in fact — in all 50 states. So I thought, Why not New Mexico? It was a very meat-and-potatoes, dollars-and-cents decision.”

For the record, Gilligan has no regrets about following the money.

“It turned out to be the greatest thing creatively,” he said. “We did save a lot of money over the years, but the best thing about that decision was that it allowed us to shoot in this amazing cinematic landscape in and around Albuquerque. It’s a very striking, beautiful place, and it makes me think of all the great Westerns I love.”

In the end, the locale shift informed the show’s creators to make “Breaking Bad” more of “a contemporary Western,” Gilligan added.

So yes, sometimes the best creative decisions can come from those penny-pinching studio notes.

“The show,” he said, “wouldn’t be the show without New Mexico.” 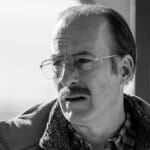