Brené Brown is helping people deal with anxiety, stress and aim for meaningful change in the trailer for her new unscripted series for HBO Max, “Atlas of the Heart,” which dropped Wednesday.

“We’re here to figure out how to cultivate meaningful connections with ourselves and each other,” she tells a sizable audience in the new clip.

A self-described “shame researcher,” Brown went viral with a Ted Talk on the “power of vulnerability” back in 2010. She previously had a Netflix special — “The Call to Courage.” 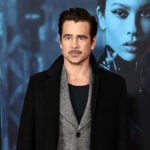 Here’s the logline for her HBO Max show: “Researcher and six-time #1 New York Times bestselling author Dr. Brené Brown takes viewers on an interactive journey through the range of emotions and experiences that define what it means to be human. Grounded in more than two decades of research, Brown brings together a dynamic mix of powerful storytelling, film and television references, and a range of impressive researchers to share the language, tools and framework for meaningful connection.”

All five episodes will hit the streaming platform on March 31.