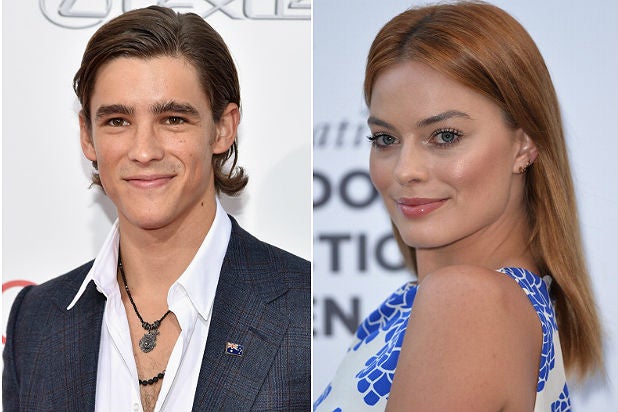 The Australians in Film will honor Margot Robbie, Brenton Thwaites, Anthony LaPaglia and the late Dune Entertainment Chairman Greg Coote at its annual gala in Los Angeles on Oct. 26. recognizing contributions to the Australian screen industry.

The AiF breakthrough awards will be presented to Robbie (“Wolf of Wall Street”) and Thwaites (“The Giver”). Robbie will be seen in the upcoming “Focus,” alongside Will Smith, and in Warner Bros.’ “Tarzan.” Thwaites has been cast in a leading role in “Gods of Egypt,” which also stars Gerard Butler and Nikolaj Coster-Waldau.

Also read: Margot Robbie in Talks to Star in DreamWorks’ ‘Ghost in the Shell’ (Exclusive)

“We are eagerly waiting to see what lies ahead for our AiF Breakthrough Award winners Margot Robbie and Brenton Thwaites,” said AiF President Simonne Overend. “Both these actors embody the very best talent and potential that we see emerging from Australia today. Their international success so early in their career suggests great promise for the years ahead.”

Coote, who died earlier this year, will receive the Australians in Film Virgin Australia Orry-Kelly Award, presented to Australians who have contributed to the success of other Australians in the industry.

“Greg Coote was an important advisor to Australians in Film from the beginning, helping to shape our early strategy, with a particular focus on supporting emerging Australian talent in Hollywood” said  Overend. “He played such a major part in our success and really did so much for Aussies in this industry both at home and overseas.”

As CEO of film financier Dune Entertainment, Coote co-invested with 20th Century Fox in more than 60 major movies including “Avatar” and “Marley & Me.”  Coote started his career in Australia  in the mailroom and and worked his way up to the position of head of Australian distributor Village Roadshow Pictures.

Anthony LaPaglia will also be named as one of two Orry-Kelly International Honorees for his support of Australians working in the film and television industries in Los Angeles.

“Anthony LaPaglia is well known for offering Australians employment opportunities both on his shows and throughout his projects and it is wonderful to see him celebrated for his generous contributions,” said Overend.