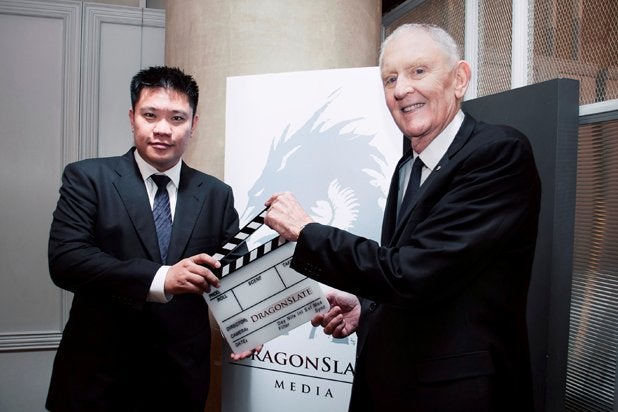 Greg Coote, who was born in Australia and rose through the ranks of the entertainment industry first in his home country before coming to the United States, died in Los Angeles on June 27, according to media reports. He was 72.

As CEO of film financier Dune Entertainment, Coote co-invested with 20th Century Fox in more than 60 major movies like “Avatar” and “Marley & Me.”  Since leaving, Coote has remained active in Hollywood, while also taking a vested interest in Asian entertainment markets.

This past December, he launched DragonSlate Media, a Malaysian-based venture with local producer Leon Tan. He was also partnered with David Calvert-Jones in Larrikin Entertainment, his L.A.-based production and finance company for film, television and digital entertainment.

On top of that, Coote was chairman of U.S. distributor China Lion, chairman of the ScreenSingapore convention, non-executive director of Bollywood distributor Eros International, and a member of the advisory board of the Media Development Authority for the Singapore government.

Coote started his career in Australia from the humblest of beginnings, by working in the mailroom. He worked his way up to the position of head of Australian distributor Village Roadshow Pictures.

From there, he made his way to Australia’s Ten Network, and ultimately to Los Angeles, where he first joined Columbia Pictures as president of its international theatrical division, before reconnecting with Village Roadshow when that company became publicly listed.

Also read: Highest-Paid Woman CEO Used to Be a Man

There, Coote was the founding president and CEO of Village Roadshow in Los Angeles. Under his leadership, the company forged a multi-million dollar deal with Warner Bros. that included “The Matrix” franchise.

In a statement to the media, Coote’s family said, “To his community, Greg Coote was an extraordinary leader and advocate for the arts in the public schools. He founded an arts endowment campaign to fund arts programs in perpetuity and to create a model for other school districts around the state and country. He was a generous and strong individual who was able to bring people along with him when it came to making sure that the arts remained part of the public school curriculum.”

He is survived by his girlfriend Amanda Pryce, two brothers, four children, four grandchildren, and his first and second wives. His funeral will take place on Wednesday, July 2, in Santa Monica, with a second service as yet unscheduled in Sydney, Australia.