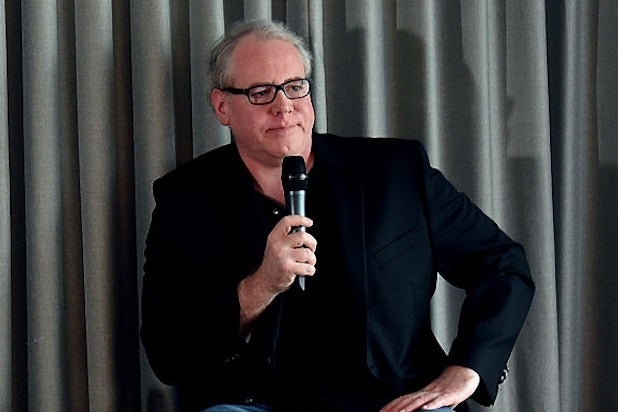 Bret Easton Ellis would like the mainstream news media to apologize for the “Trump derangement syndrome” that he says poisoned its coverage of the Mueller report.

On the latest “Bret Easton Ellis Podcast,” the author of “Less Than Zero” and “American Psycho” said he isn’t pro-Trump, but still thinks the news media grossly overhyped Special Counsel Robert Mueller’s  nearly two-year investigation into whether Trump’s team colluded with Russia during the 2016 election. Democrats are demanding the release of the full report, which Mueller submitted on March 22 without recommending any new indictments.

He added: “Because I make fun of hysterical liberals — and why shouldn’t I? I live with one — as well as the crazy dishonest press, people think I am defending Trump. I don’t think it is about defending Trump at all, who I don’t care enough about, as much as it is about being lied to by the media.”

He continued: “There is no way to get around the fact that the mainstream media misled the country for the last two years. Period. I’m not saying that as a conservative, or as a liberal. I’m saying it simply as a witness.”

Ellis, whose latest book, “White,” will be released soon, noted that Mueller’s team had filed 37 indictments. But he said that news media coverage by CNN, MSNBC and others in the media had treated Trump’s indictment as a near-certainty.

“This was the dead-end result of the mass psychosis on the left, the dead-end of Trump derangement syndrome, that is alive and well in our country, especially in the media, and is making them all look like fools. Absolute fools. And they should be humiliated by what they were perpetrating,” Ellis said.

He offered the caveat that the full report has not been released.

“There can be horrible shocking things in it that will implicate everyone from Don Jr. to Ivanka to Jared to Kid Rock. With that in mind, however, I would like an apology,” Ellis said. “From every one of my friends or acquaintances or anyone I encountered on social media or watched blather away on TV for the last two years who insisted that the Mueller report was definitely going to implicate Trump in collusion with Russia, and will determine that the Russians stole the 2016 election away from Hillary Clinton and our whole national nightmare will finally be over, because the Mueller report will implicate Trump and he will be impeached. I want an apology.”

“But I’m not going to get an apology. Because y’all is f—ing crazy,” he continued.

Ellis blamed “a moronic, liberal-led conspiracy that arrived at the right moment and caused the butt-hurt media, still licking its wounds over Hillary not being appointed queen to start salivating to grab onto anything and go with this story, this Russian hoax story. Even though the narrative proof was close to non-existent. Yet causing Trump haters to go on embarrassing wild goose chases down rabbit hole after rabbit hole after rabbit hole.”

Ellis also chided the news media for what he said was the good news in the Mueller report.

“Where is the relief and happiness that the Russians didn’t succeed? Isn’t that what everyone was so fearful of? Why aren’t they promoting that this is good news? MSNBC and CNN and the New York Times and the Washington Post and the rest of the mainstream media officially died on the weekend of March 22, 2019. And there is no going back to resuscitate it.”

MSNBC, CNN and the Times did not respond to a request for comment, but the Post provided a previous statement about the paper’s Mueller coverage from executive editor Marty Baron.

“We’re proud of The Post’s reporting,” he stated. “The special counsel investigation documented, as we reported, extensive Russian interference in the 2016 election and widespread deceit on the part of certain advisers to the president about Russian contacts and other matters. Numerous individuals have been criminally charged, with notable convictions. The Post also reported on the president’s efforts to intrude into the investigation. Our reporting never presupposed what the special counsel would conclude with regard to obstruction of justice or an actual conspiracy with the Russians. Our job is to bring facts to light. Others make determinations about prosecutable criminal offenses.”

Ellis also said on the podcast, available only to paid subscribers, that he wasn’t very impressed by Jordan Peele’s “Us.”