Fox News Channel is shaking up Saturday nights. Starting Jan. 29, Brian Kilmeade is getting his own show at 8 p.m., taking Jesse Watters’ old time slot. Dan Bongino’s “Unfiltered” is moving up from 10 p.m. to 9 p.m., replacing Jeanine Pirro, who is now a co-host of “The Five.”

Lawrence Jones will backfill Bongino’s old 10 p.m. hour with a new show of his own, “Lawrence Jones Cross Country.” The promotion makes Jones, 29, the youngest Black solo host of a program in cable news, Fox said on Thursday. Jones will continue on as the enterprise reporter for “Fox & Friends.” 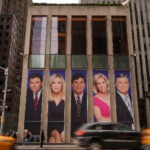 “Lawrence has been an impact player since joining the network in 2018 and we are thrilled to add his critical insights to our weekend lineup,” Suzanne Scott, CEO of Fox News Media, said in a statement on Thursday. “Whether reporting from the border or diners across America to hosting primetime specials, his perspective has added depth to our programming while resonating with the audience. As one of our homegrown stars, Brian has been a wildly popular mainstay for millions of Americans across multiple platforms — from our number one rated morning franchise ‘Fox & Friends’ to his hit shows on Fox News Audio and Fox Nation. We’re thrilled to add him to weekends to further expand his unique connection with our viewers.”

“I am incredibly grateful for the opportunities that Suzanne has provided me over the last four years, encouraging me to travel the country and seek out the stories of everyday Americans, many of whom have been overlooked by the rest of the media,” Jones said. “I look forward to delivering insightful, thought-provoking coverage on the key issues that really matter to the heartland of the nation.”

“I am truly honored that Suzanne has given me another incredible opportunity at Fox News Media,” Kilmeade said. My ultimate goal is to create a program that will always seek solutions rather than sow division.” 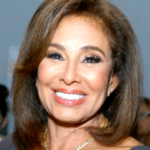