CNN’s Brian Stelter brought Yale researcher Joseph Kalla onto Sunday’s “Reliable Sources” to discuss his latest study into Fox News’ right-wing bias, but the professor also put the screws to CNN by pointing out its own “partisan coverage filtering.”

Kalla, who is an associate professor at Yale, teamed with Stanford researcher David Broockman on a study which paid regular Fox News viewers to watch CNN in September 2020, just before the presidential election, and quizzed them on news stories covered by the network. When polled alongside a group of viewers who only watched Fox News, those who also watched CNN were slightly less right-leaning in their political views. Mail-in voting, for example, was supported by 7% more of the CNN viewers than the Fox News-only viewers. 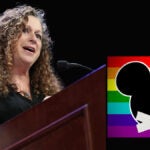 “Basically, you’re proving what we’ve sensed for a while,” Stelter told Kalla. “Which is, Fox viewers are in the dark about bad news for the GOP.”

Kalla agreed with this, noting that Fox News predominantly covers news stories that “make the GOP look good, and make Democrats look bad,” but, he added, “CNN engages in this partisan coverage filtering as well.” He cited the network’s lack of coverage of the Abraham Accords — the peace agreements between Israel, Bahrain and UAE — in 2020.

“Fox News covered this really major accomplishment about 15 times more than CNN did,” Kalla said. “We saw how much both networks are encouraging in this partisan coverage filtering. It’s not about one side, it’s about the media writ large.” 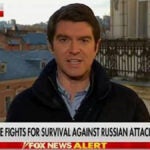 Stelter suggested that Kalla was engaging in “both-sidesism,” but Kalla insisted that he was “not trying to lay out a moral equivalency.”

“It’s not about what an objective standard is,” Kalla said. “It’s really about how all networks do engage in this. And in order for viewers to get a realistic picture of the world, we need viewers to see all types of information. And unfortunately what we find in the study is that the viewers don’t want to engage in watching all sides.”

Watch Kalla’s appearance on “Reliable Sources” in the clip above.