Brian Stelter says its time for the media to seriously reflect on how it is covering the new surge in COVID-19 cases, criticizing “sensationalist headlines” surrounding vaccinated people getting infected with COVID-19 that don’t provide the proper context.

“It is, as so many public health officials have said, a ‘pandemic of the unvaccinated,'” Stelter said on Sunday during his broadcast’s opening monologue. “So the news coverage needs to reflect that.”

But Stelter said that the media, instead, focuses too much on covering cases of people who got COVID-19 despite being vaccinated, even though CDC data shows that vaccinated people only account for 0.004% of hospitalizations in the country and 0.001% of deaths. 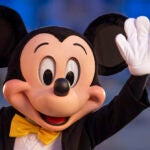 As an example, he compared headlines from the Washington Post and the New York Post. On the NY Post’s front page, a graph of squares was shown representing the 161 million Americans that have been vaccinated. Of them, only about 1,150 have died, a total marked with a red square so small it had to be magnified. The Washington Post, meanwhile, ran a headline about a town in Massachusetts where 75% of new cases were among vaccinated people, but did not note until the end that only a precious few of those cases led to hospitalizations.

Stelter also criticized the Center for Disease Control for its “absolute failure to communicate clearly and effectively,” saying they are a major factor in the confusion surrounding the virus and the vaccine in both the media and the public.

Watch the full speech from Stelter in the embedded tweet below.