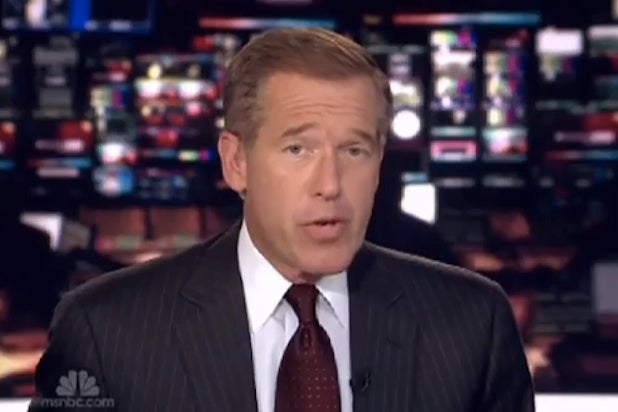 There was no urinating on Brian Williams‘ airwaves, and the “Nightly News” anchor asked for an apology from social media critics Monday night.

See video:  Brian Williams on Daughter’s Peter Pan Role: ‘I’ve Listened to Those Damn Songs Since She Was 3’

Williams explained a segment from the weekend that showed “Weather Channel” meteorologist Mike Seidel with his back to the camera in a position that led to rumors he was urinating while unaware he was on-camera.

“Social media owes our friend Mike Seidel an apology,” Williams said. “The intrepid and fearless Weather Channel meteorologist was the victim of some wild misinformation,” he continued.

Apparently viewers on social media thought Seidel was “writing his name in the snow.” In reality, Williams explained, Seidel lost contact with the NBC control room. He was hunched over dialing NBC–not relieving himself.

Vindicated, and it feels so good.