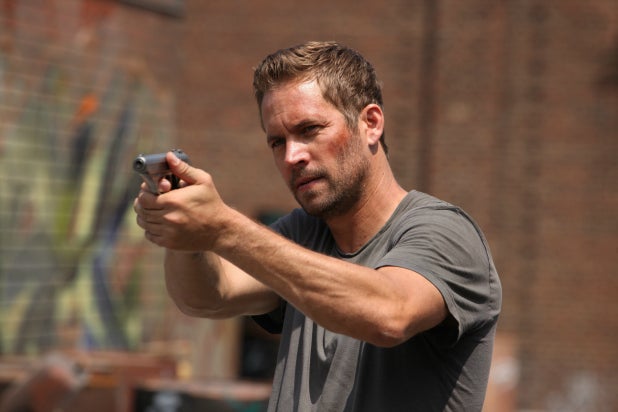 America’s dismaying experiment of letting Detroit, one of its most iconic cities, wither on the vine has only occasionally been explored on the big screen. Most famously, Dutch auteur Paul Verhoeven based “RoboCop,” his ferocious critique of privatization and authoritarian force run amok, in the Motor City.

The world that Delamarre creates is one in which the only thing keeping arms dealers from becoming community leaders is a functional municipal government, so any claims to verisimilitude must be relinquished. And yet the film’s central conceit — that the neighborhood with the most public housing (the “brick mansions” of the title) has been quarantined from the rest of the city so as to contain the violence and drug abuse within its walls — has a ring of truth to it, even though the premise was initially written for the 2004 French import “District B13.” (Writers Luc Besson and Bibi Naceri penned both the Paris-set original and this remake.)

As one of two men able to sneak past the guards into the dystopian ghetto, undercover detective Damien Collier (the late Paul Walker) is assigned to retrieve a weapon of mass destruction from crime kingpin Tremaine Alexander (rapper-turned-actor RZA). Damien’s partner for the job is noble outlaw Lino Dupree (parkour pioneer David Belle), whose prior beef with Tremaine led to the latter kidnapping Lino’s ex-girlfriend Lola (Catalina Denis).

Despite Lino sniffing out Damien as a cop immediately, the two form an amusingly thorny relationship while going after their shared enemy.

In his penultimate performance, Walker brings to his underwritten role a warm sincerity that the script will later cleverly undermine. But the “Fast and the Furious” star has more to work with than RZA, whose character is just a random assortment of villainous affectations: satin vests and suspenders, a gilded revolver and stories about his grandmother’s recipes.

French stuntman Belle has the least dialogue, perhaps to accommodate his accented English, so it’s doubly disappointing when his syncopated comic timing lands his jokes on an off-beat.

Also read: Paul Walker’s Brothers Stand-In For Him in Next ‘Fast & Furious’

Still, Belle is the film’s raison d’être. Like a Kryptonian native, he simply frees himself from gravity’s pull or, indeed, from any law of physics. As effortlessly athletic as a video game character, he dives off rooftops, glides up ladders, and thwacks faceless baddies with whatever prop is handy without breaking a sweat.

His movements are so incredibly fluid in the extended parkour chase early in the film, that they actually look synthetic: his extraordinary grace drops him right into the Uncanny Valley. It’s only later, when Belle squares off against Walker (or Walker’s stuntman) during their initial meet-fight, that the Frenchman’s wind-riding acrobatics can be fully appreciated.

While Belle swoops and lunges mid-air with elegant brutality, the rest of the film embraces the kind of cartoonish manly-man knuckle dragging that elicits unintended laughter. A scene where Walker’s character claws his way from the trunk of a speeding car into the driver’s seat, goes from thrilling to farcical when he is repeatedly punched in the head whack-a-mole style while careening the vehicle through city streets. A girl-on-girl chain fight between henchwoman Rayzah (Ayisha Issa) and Lola — who wears a porny school-girl uniform throughout — threatens to sidetrack the film into queasy exploitation territory.

And that’s before the damsel in distress is shackled to a rocket.

“Brick Mansions” returns to Detroit’s troubles in the third act, which provides a promising surprise that forces a detour in the characters’ easy paths to heroism. Ultimately, that plot twist’s pandering to 99-percenter rage fails to tempt because, well, that’s what happens when you tie a chick to a rocket. The girl looks helpless; the movie, hopelessly stupid.