“Bridgerton” fans waiting for Season 2 content will have to keep waiting, because we don’t have any of that for you today. But what TheWrap does have to share is likely something that will make fans of Netflix’s Shonda Rhimes-produced period romance melt: The exclusive release of Vitamin String Quartet’s latest cover, a classical rendition of Nelly’s “Hot In Herre.”

As viewers are sure to remember, the first season of the Regency-era set “Bridgerton” featured instrumental versions of modern pop hits incorporated into the 19th-century world, including Ariana Grande’s “thank u, next,” Maroon 5’s “Girls Like You,” Shawn Mendes’s “In My Blood” and Billie Eilish’s “Bad Guy.” These tracks were performed by, you guessed it, Vitamin String Quartet.

So when you listen to the group’s newly released cover of Nelly’s 2002 track, which TheWrap is streaming exclusively via the video above, don’t be surprised if it makes you think of Simon, the Duke of the Hastings (played by Regé-Jean Page), and Daphne (Phoebe Dynevor) taking off all of their clothes — as they did many times to other VSQ covers in “Bridgerton” Season 1.

“Basically it’s more about what to take from the original track and what to leave out since one can’t possibly represent all of the elements within a string quartet,” Vitamin String Quartet arranger Kathy McMillen told TheWrap of the new cover. “That’s what I love doing when arranging for quartet. “In this instance I treated the verse as a melodic element, even though it’s rap, and the hook as its contrasting theme. Played around with the rhythmic grooves ‘Herre’ and there till it was all there!”

James Curtiss, VSQ’s director of A&R, added: “Initially this idea came up in the middle of a totally different creative discussion. At the end of the day, we love Nelly’s hook, we love The Neptunes production… we just love the track. It’s still fire and we just went for it.  We wound up with an incredible track to just drop right in the middle of a super-hot summer!”

Since “Bridgerton’s” soundtrack release, Vitamin String Quartet says it has seen a 350% increase in streams across DSPs and grown monthly listeners by more than 50% on Spotify and Amazon Music. 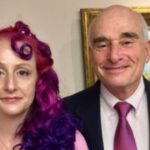