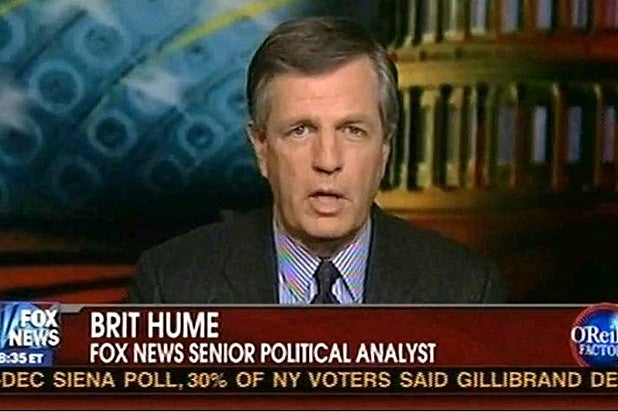 Brit Hume took over Fox News’ “On the Record” Tuesday with a surprising message for former host Greta Van Susteren.

Van Susteren’s last program was Thursday. Earlier Tuesday, she wrote on her Facebook page that she was leaving the network where she had worked for 14 years, saying it had “not felt like home to me” for years. As a result, she did not have the opportunity to say goodbye to viewers on the air. Fox News also quickly removed Van Susteren’s blog, Gretawire, from the network website.

“I count Greta a friend and I’m sorry to see her go,” Hume told viewers.

“All of us here certainly wish her well,” he added. “She made a big contribution and we will miss her. In the meantime, I’ll try to carry on in the hopes her audience will stick with us.”

He added wryly: “Don’t worry, I’ll only be here through the election.”

Fox News has been thrown into turmoil since July, when network boss Roger Ailes was sued for sexual harassment by former host Gretchen Carlson.

Since then, other women came forward with stories of harassment, as well.

Van Susteren had been one of Ailes’ most prominent defenders. She said that in leaving the network, she was exercising a provision in her contract that allowed her to leave if Ailes was no longer her boss.