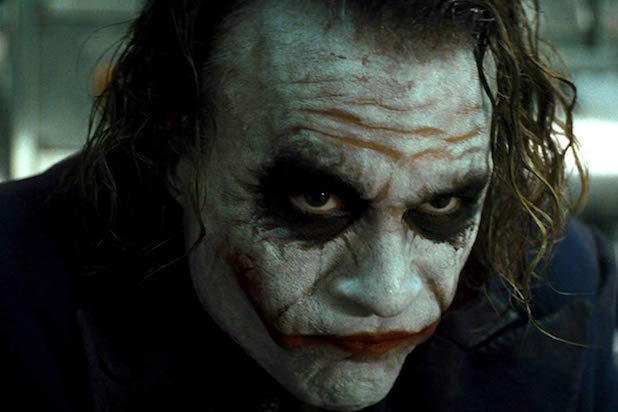 Characters with facial scars or disfigurements portrayed as villains is a movie trope that goes back generations, from Lon Chaney as the Phantom of the Opera to the James Bond villain Blofeld, and as recently as Kylo Ren in the new “Star Wars” movies.

But the British Film Institute (BFI) is supporting a charity called Changing Faces and their new campaign called #IAmNotYourVillain by saying that they will no longer fund films via the National Lottery that feature negative representations of characters with scars or facial differences.

“It’s astonishing to think that films have used visible difference as a shorthand for villainy so often and for so long,” BFI’s deputy CEO Ben Roberts said in a statement. “The time has come for this to stop. Changing Faces is doing an incredible job of changing attitudes towards disfigurement and making a positive impact on people’s lives and this campaign will enable people — from the film industry through to the public — to gain a better understanding of the lives of those with a visible difference.”

Also Read: Nicolas Roeg, 'The Man Who Fell to Earth' Director, Dies at 90

Changing Faces is a U.K. charity that provides advice, support and psychosocial services to 1.3 million children, young people and adults in the U.K. with facial scarring, burns or marks. With their new campaign, they’re working to change the stigma associated with facial scarring in entertainment and media, and hope for a future where anyone with a visible difference on their face can be confident and have opportunities.

They’ve also launched a short film along with the campaign and the hashtag, which you can find here.

“The BFI believes that film should be truly representative of the U.K., and this campaign speaks directly to the criteria in the BFI Diversity Standards which call for meaningful representations on screen,” Roberts continued. “We fully support Changing Faces’ I Am Not Your Villain campaign and urge the rest of the film industry to do the same.”

The BFI also recently funded Sacha Polak’s “Dirty God,” which was announced in competition for the 2019 Sundance Film Festival. A representative for the BFI told TheWrap that the film is “a fantastic example of authentic, empathetic and positive portrayal of visible difference and is about a woman putting her life back together after an acid attack.” The movie’s lead actor, newcomer Vicky Knight, is a burn survivor herself.