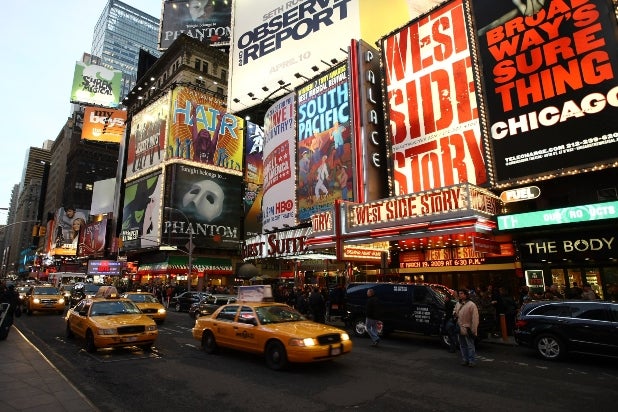 The league, which represents theater owners and producers, projects that the industry will resume performances over a series of rolling dates in early 2021, with tickets for winter and spring to go on sale in the coming weeks.

The industry is continuing to work with city and state officials as well as leaders in medicine and technology about the logistics of protecting audience members as well as performers and theater staff as the coronavirus pandemic continues.

“The Broadway experience can be deeply personal but it is also, crucially, communal,” Broadway League board chairman Thomas Schumacher said in a statement. “The alchemy of 1,000 strangers bonding into a single audience fueling each performer on stage and behind the scenes will be possible again when Broadway theatres can safely host full houses. Every single member of our community is eager to get back to work sharing stories that inspire our audience through the transformative power of a shared live experience. The safety of our cast, crew, orchestra and audience is our highest priority and we look forward to returning to our stages only when it’s safe to do so. One thing is for sure, when we return we will be stronger and more needed than ever.”

This is the fourth time that the reopening has been pushed back since theaters were closed in the spring due to the coronavirus.

Broadway originally went dark on March 12 and the shutdown was set to last until April 12. That was then extended until June 7 at the earliest. When the shutdown first began, 31 productions were running, and eight new shows were in previews. Additionally, eight more were in rehearsals and were set to open in the spring. In May, the shutdown was extended again to September, which has now been pushed even further.

The head of the Broadway League, Charlotte St. Martin, said last month that she hoped theaters on Broadway would be able to reopen by January 2021 and that under current financial conditions, they would need to do so with full houses.

While social distancing options for performances have been considered, St. Martin says that they won’t be able to socially distance cast and crew effectively or have performers wear masks and that they also can’t afford theater audiences that are spread out.

The Tony Awards were originally set to take place on June 7, but back in March the awards themselves were suspended, and no new date has been set.