Fox has a new head of drama development. Brooke Bowman will replace the outgoing Charlie Andrews.

Bowman, whose title will be executive vice president of drama programming and development, will be responsible for supervising the development and production of new and returning scripted drama series for the network. She had spent the last six years as a senior vice president in the same department.

While at Fox, Bowman oversaw the development of “The Resident,” “Prodigal Son,” “Lethal Weapon,” “BH90210,” “Rosewood,” “Scream Queens,” “Sleepy Hollow” and, most recently, upcoming series “The Cleaning Lady” and “Monarch,” the latter of which is Fox Entertainment’s first wholly owned drama. 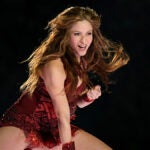 Also Read:
Shakira Teams Up With NBC for Competition Series ‘Dancing With Myself’

“Brooke has been an important and trusted part of our team, playing an invaluable role in helping shape and implement our blueprint to expand and diversify Fox’s slate,” said Thorn.  “Supremely creative, well-respected across town and fearless in taking big swings, she is primed to take over the reins; and I’m excited to have her alongside as we steer our drama strategy well into the future.”

Bowman earned a Bachelor of Arts degree in English and modern literature from Duke University.