Brooke Shields was interviewed a lot after she posed in a provocative Calvin Klein campaign at the age of 15, but her sit-down with Barbara Walters, she says, was “practically criminal.”

In the ad campaign, the model was shown in tight jeans. The tagline that accompanied the shots was, “You want to know what comes between me and my Calvins? Nothing.” 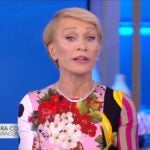 During her interview with Walters, the famed journalist asked Shields about her body measurements and and other personal questions, like ones about her sexual history. Walters even postulated that Shields’ childhood was being stolen. The teen actress’ mom joined her on-set for the interview.

Shields told Walters as the time, “I’d rather do this than not do it at all. I’m enjoying this, I think it’s an experience that I would not like to miss.”

She and Shepard discussed the over-sexualization that took place at the time. In the past, Shields has discussed the ad campaign, saying that while the backlash had been “ridiculous,” she hadn’t been as savvy or aware of the innuendo in the ad copy as people assumed.

Walters is not the only news legend whose past interviews with young female celebrities have come under fire recently. Diane Sawyer faced widespread criticism earlier this year when video recirculated of Britney Spears crying during a probing interview in 2003. 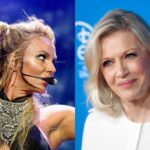