Boomshakalaka: Brooklyn Nets games on YES Network (which was originally intended as an acronym for “Yankees Entertainment and Sports” Network) are off to their best start in eight seasons.

By the way, none of those numbers count the big Nets game in primetime on Christmas Day — that one, a 122-115 win over LeBron James and the Los Angeles Lakers, was a national-exclusive. 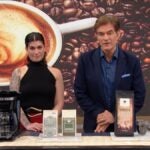 It helps to be a good team: Brooklyn has the best record (22-9) in the NBA’s Eastern Conference. Though schedules are a bit wonky (again) this season due to the ongoing COVID-19 pandemic, the Nets would rank behind the Golden State Warriors, Phoenix Suns and Utah Jazz from the league’s Western Conference.

These Nets games have faced some stiff competition. They’ve gone against the NFL about 10 times, and at least four Brooklyn games have been “co-exists,” which means it also aired on TNT or ESPN in the New York market.

You probably noticed we are comparing this season, which is the 2021-2022 NBA Regular Season, to the 2019-2020 season. That’s because the 2020-2021 NBA Regular Season did not start until Christmas Day, and YES’ first game was not until after that. 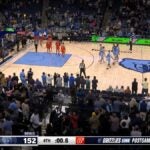 The Nets have a stacked squad, though it’s been hard to get everyone together on the floor this season. (Or even have enough players not in the league’s health and safety protocol to field– er, court? a team.)

Guard Kyrie Irving has yet to play this season due to his refusal to be vaccinated against the coronavirus. Forward Kevin Durant, who is arguably the best player in the NBA, has not played since Dec. 16 due to injury. Superstar guard James Harden (pictured above) returned on Christmas — he had previously not played since Dec. 10.

The Nets play the Clippers tonight in Los Angeles.