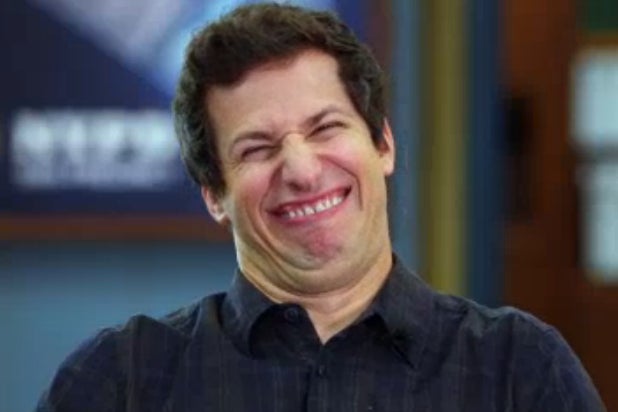 So perhaps it wasn’t that close to happening, after all.

Still, the sitcom’s classic will they-won’t they storyline has only festered over the course of one season so far, and — based on the show’s freshman Golden Globe win — “Brooklyn Nine-Nine” isn’t going anywhere soon so it is sure to continue shaping up in Season 2, which Samberg and Fumero discuss in the TheWrap‘s exclusive featurette below.

In the video, the two actors discuss their on-screen kinda-sorta romance and where it may or may not go this year. They also debated whether or not Jake and Amy would make a good couple, with the interviews edited in among scenes from the past and upcoming season.

“We know for sure that at least one of them is very good-looking,” Samberg offered. “I’m not saying which, but — I think we know.”

He then made a face only a mother could love, which is pictured above.

“This just got super-awkward,” Fumero admitted of the characters’ work chemistry — though her sentiment also applies to the below clip.