Producer Ryan Kavanaugh could not have been more clear: "It’s a love story, guys!"

He was talking about "Brothers," the Jim Sheridan-directed film that has as a key story element the war in Afghanistan. However, the producer stressed, it’s not a war movie.

"I think what was important about this movie was to show the world a little bit what war is about, and that it is real, and it does have family ramifications, and it’s not just the people going to war but it’s their families going to war, the wives, the kids," he said. 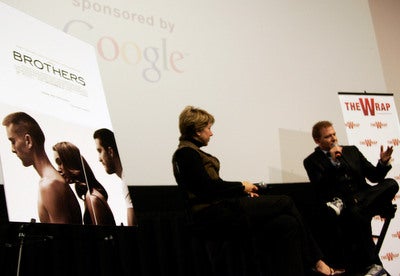 During a post-screening Q&A at the ArcLight Sherman Oaks, part of TheWrap’s screening series, Kavanaugh talked about why he made the movie, how Sheridan got involved and the real-life ramifications of releasing such a film as President Obama sends more soldiers to Afghanistan.

Kavanaugh quipped, "Politically, on Thursday, knowing this movie was coming out and knowing we really wanted to get attention, I called Obama and said, ‘I know you’re against the war, BUT, can you send 30,000 more…?’"

However, he was quick to add that it’s not making any political statement.

"This is a movie I greenlit for no other reason than pure emotion," he said. While doing his "normal Sunday reading," he said, "Something happened to me that has never happened before, which is I was crying when I finished a script. I said to my girlfriend at the time, ‘I’m about to do the stupidest thing I’ve ever done, I’m about to greenlight a movie based on pure emotion.’

"There was no one attached, no stars, no director – I actually hadn’t even seen the original yet. And it spoke to me as a story of love and family and relevance to today, something that most of us don’t ever have to deal with or associate with, but did it in a way we all could appreciate and understand, and in some way would touch us."

"Brothers" is something of a remake of Susanne Bier’s "Brodre." It focuses on a young couple, played by Natalie Portman and Tobey Maguire, dealing with his redeployment to Afghanistan, and his relationship with his just-out-of-jail brother, played by Jake Gyllenhaal.

"At the heart of it, it’s not really a war movie," Kavanaugh declared. "It’s a movie about family, it’s a movie about how far would you go? It’s about really forcing you to look inside yourself and examine, could I go that dark, that deep, for people I love, would I do that?"

Some other points he made:

– Jim Sheridan was the only director he considered.

"I had just seen ‘In America’ for, I think, the third time, or the second time, a week prior," Kavanaugh said. "When I was reading [David Benioff’s script], I thought, this is really gonna work or completely flop. And the ‘work’ meant someone had to be able to make emotion talk, and had to be able to make what wasn’t said more important than what was said … and that’s what Jim is brilliant at.

"Next day I watched ‘In the Name of the Father’ again, and I called his agent, and I said, There’s this movie and Jim’s the ONLY person who can direct it, and I need to talk to him." 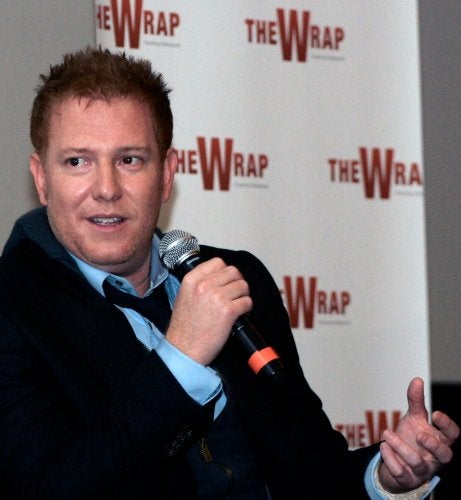 – The film was shot almost in order, "to get the right emotion out of the actors, and to really get them to build the characters." The approach paid off in Maguire’s big emotional blowout, he added: "That was his five months of buildup. He really just let it out. It wasn’t just acting. and it was because it was done in order. I’ve never seen an actor actually become the character so much as Tobey did on this movie."

– The film was shot entirely in New Mexico, whose diversity "gave us the ability to shoot the town, and we could double Afghanistan. We got lucky it snowed when we needed it to, and kept snowing." Told the Afghan scenes were especially convincing, he quipped, "The Taliban really likes Tobey, so they made a special exception."

– Asked about his reported disagreements with Sheridan, Kavanaugh said, "It’s not contention as much as we both had ideas. When you get as deep in a movie that’s this emotional for three years – we were editing for a year – it’s hard to step outside of it.

"And Jim had his ideas and we had our ideas, and we did like 42,000 test screenings on it, and every time you do one you read a note and you have to recut the whole movie. (I love the way Hollywood works – we make movies for a certain audience and we don’t actually show it to them until we’re done spending all the money and then we go back and fix it and try and make it work…)

"The movie is so much about what’s not said, if you tweak it in the wrong way, it just felt off. But I think we have the best version of the movie. I’ve heard [Sheridan] on these panels say, when talking about our disagreements, “Oh, I f—ing hated him. But he was right and I was right, and now we have the best movie together.”