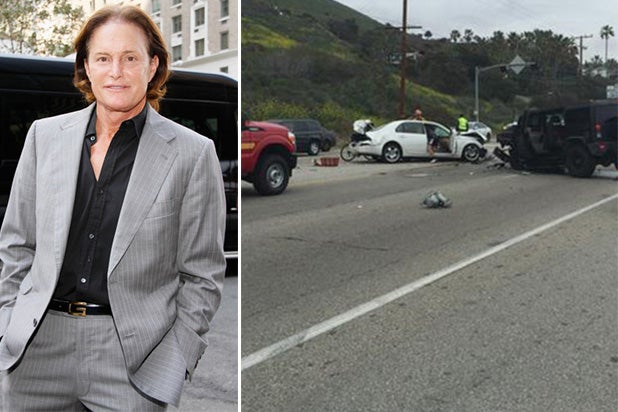 One day after former Olympian Bruce Jenner was involved in a fatal, multi-vehicle car crash in Malibu, authorities said they plan to examine cellphone records from Jenner and the other drivers to determine if they were texting.

Detectives and traffic investigators will obtain search warrants to comb through the cellphone records of each driver, Sgt. Chad Watters of the Los Angeles County Sheriff’s Department told TheWrap Sunday. Under California law, it is illegal to text while driving.

Watters declined to comment on when the warrants would be obtained or what charges might possibly be filed against anyone who was determined to be texting and driving.

An elderly woman was killed and seven other people injured during the crash, which occurred Saturday at 12:12 p.m. on Pacific Coast Highway near Corral Canyon Road.

The Sheriff’s Department said the accident happened after a Toyota Prius slowed down or stopped on PCH for unknown reasons. The elderly woman who was driving a white Lexus then struck the Prius. Jenner’s Cadillac Escalade, which was towing a trailer, rear-ended the Lexus, pushing it head-on into a Hummer.

The elderly woman in the Lexus was pronounced dead at the scene. Her name and age have not yet been released.

Jenner, whose reported transition from male to female has made headlines in recent weeks, told the Sheriff’s Department he was being followed by paparazzi.

Also Read: Bruce Jenner’s Mom Opens Up About His Transition

However, Sgt. Watters told TheWrap the celebrity photographers “were not a factor” in the crash and the investigation is ongoing.

After the pileup, onlookers posted pictures of the mangled wreckage on social media.