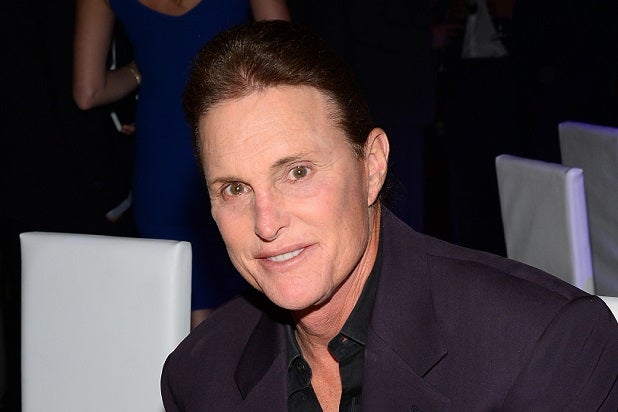 The New York Daily News requested TheWrap remove CNN video, because the network did not have the right to broadcast the photograph.

CNN showed images of what appears to be reality star and former Olympic athlete Bruce Jenner wearing a striped dress.

The photos, obtained by the New York Daily News, and broadcast by the cable news network on Tuesday, were reportedly taken outside of Jenner’s Malibu home.

In a panel discussion, anchor Don Lemon asked HuffPost Live host Marc Lamont Hill what Jenner’s reported transgender revelation means for the transgender community — and whether Jenner should be doing it on TV.

Hill supported Jenner by using female pronouns she and her, and said it’s exciting for such a major celebrity figure to be transitioning publicly.

Jenner’s exclusive interview with ABC’s Diane Sawyer set for Friday has been hotly anticipated, with little information known about what the father of E! stars Kylie and Kendall Jenner, and stepfather of the Kardashian sisters, will say.

Also Read: 'Transparent' Creator on Bruce Jenner: 'People Who Are Transitioning Have Such a Hard Time'

In a recent teaser clip, Jenner says: “My whole life has been getting me ready for this.”

The former “Keeping Up with the Kardashians” star also addresses family by saying, “Those are the only ones I’m concerned with. I can’t let myself hurt them.”