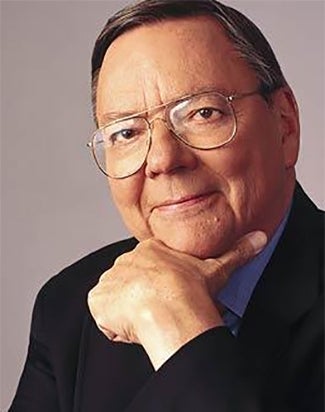 “All of us who worked with Bruce knew him to be a reporter’s reporter; a man who cared deeply about journalism, politics and people,” wrote CNN Washington Bureau Chief Sam Feist in a message given to TheWrap. “Bruce could tell a story like no other, as he effortlessly weaved facts, emotion and history into every one of his news stories.”

“Bruce was an original member of the famed ‘Boys on the Bus,’ and could share campaign trail war stories with his colleagues and our viewers like nobody else,” Feist continued.

Before beginning his nearly three decade long stint at CBS, Morton served as a London-based ABC correspondent from 1962 to 1964. From there he went to CBS, staying with the network until 1993. During part of his tenure at there, he co-anchored “The CBS Morning News,” which included a number of years alongside Walter Cronkite. According to Feist’s note, Morton “reported on everything from Vietnam to the deaths of MLK and RFK to Watergate.”

In 1993, he left CBS for CNN and stayed there until he retired from television in 2006, after winning Emmy Awards, a Polk Award and a Peabody.

Following his retirement from television, Morton took up blogging. As recently as Aug. 28 the veteran newsman posted a note encouraging readers to vote in the 2014 midterm elections, even if it isn’t the “big important one that picks a president.”‘

I have sad news to report about a beloved member of the CNN family. Our long-time National Correspondent, Bruce Morton, passed away on Thursday. He was 83.

All of us who worked with Bruce knew him to be a reporter’s reporter; a man who cared deeply about journalism, politics and people. Bruce could tell a story like no other, as he effortlessly weaved facts, emotion and history into every one of his news stories. A story about a Senate race might be full of references to Lyndon Johnson, Richard Russell, or even Daniel Webster. Bruce understood the importance of historical context. Without exception each of his stories was unique and brilliantly written. Simply put, Bruce was a modern day news poet.

Politics was Bruce’s specialty and he keenly understood that the actions of a lawmaker or a candidate could have profound consequences that might ripple across America, across the Globe. He attended virtually every political convention from 1960 through 2004. He was a CBS News correspondent from 1964-1993, and a CNN correspondent from 1993-2006. While at CBS, beyond covering campaigns, he reported on everything from Vietnam to the deaths of MLK and RFK to Watergate. At CNN, Bruce was not only our National Correspondent, but he also delivered a weekly essay “The Last Word” on our Sunday program, “Late Edition”. That essay, in my opinion, was often the most brilliant two minutes on American television each week. He retired with shelves of Emmy Awards, a Polk Award, and a Peabody Award.

Bruce was an original member of the famed “Boys on the Bus,” and could share campaign trail war stories with his colleagues and our viewers like nobody else.

His daughter, Sarah Morton, told me that working and covering politics for CNN was one of Bruce’s great loves.

I have missed Bruce Morton’s voice on our air these last few years. Now I’ll miss his emails and his remarkable blog postings, which he updated often.
http://brucemortonblog.blogspot.com/
A few days ago, he wrote this about the midterm elections:

We have off-year elections this year. That means elections for the Senate–a third of its hundred seats up for six year terms and all of the House’s 435 seats, for two year terms. The District of Columbia won’t vote; we have no representation in the Congress.

In a lot of districts the issues will be local–a bridge, an allegedly crooked pol. It will be harder, I think, for Republicans to make President Obama’s person or policies be issues because he and they have been moderate,

I can remember when public anger was so strong here–during the Vietnam War or the Nixon impeachment–when perfect strangers would yell on the street at those of us who covered the news.

There’s none of that now. It looks like a clean battle for November, followed by the big shootout two years later.

When Bruce retired from CNN in 2006, Wolf Blitzer ended his Situation Room broadcast by saying, “Bruce brings something very special to television journalism, a truly unique voice, smart and wry, with a perspective you could only get by covering politics for five decades.”

“One of our colleagues likes to say that if there were a journalist hall of fame, Bruce Morton would certainly be in it,” Wolf said.

Bruce Morton – rest in peace dear friend. Your words and wisdom will be missed.