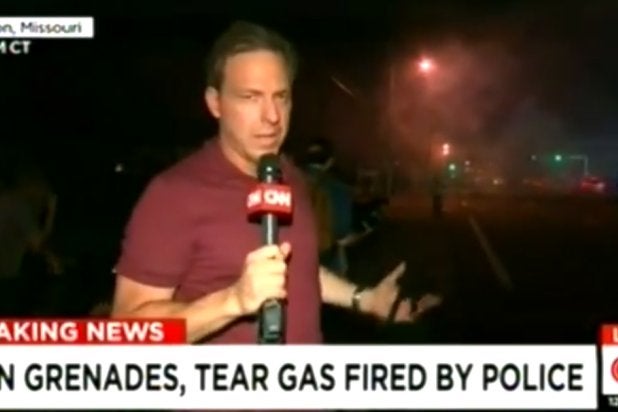 Thanks to an August chock full of breaking news, CNN is once again No. 2 among cable news networks, topping MSNBC in both the all-important news demo and total viewers.

Fox News predictably topped both CNN and MSNBC by a sizeable margin to remain No. 1. However, CNN jumped 46 percent month over month, scoring 503,000 total viewers across total day. In the key 25-54 news demo, CNN had 154,000 viewers, an increase of 43 percent.

CNN’s boost was also felt across primetime with its 629,000 total viewers representing a 39 percent uptick and its 214,000 demo viewers accounting for a 60 percent jump. The Turner-owned channel tends to see the best growth in times of breaking news, and August provided that opportunity via coverage of the unrest in Ferguson, Mo. and the ISIS beheading of journalist James Foley.

Meanwhile, Fox News kept on rolling past its competition, with August marking the 152nd consecutive month — more than twelve years — that the channel has earned the largest audience across both total day and primetime.

Actually, Fox News Channel was the month’s No. 3 channel across all of cable in primetime, while its cable news competition didn’t crack the Top 25.

It also claimed the Top 14 cable news programs in total viewers, marking its sixth consecutive month of achieving that feat. FNC had the Top 9 programs in the key cable news demo, which includes viewers 25-54. In other words, the competition isn’t even close — even in a month loaded with breaking news.

In live-plus-seven ratings across a total day measurement, Fox News topped August with 1.056 million total viewers, 224,000 of those coming from the key news demo.

In primetime, Fox also dominated the Nielsen sheets, with 1.782 million total viewers, 320,000 in the demo. CNN fell in place behind.