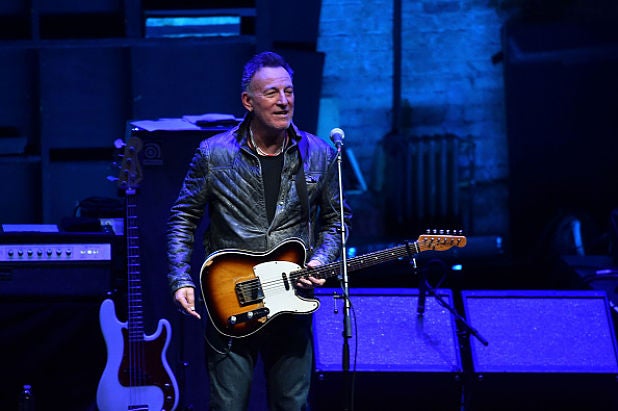 Bruce Springsteen’s Super Bowl ad for Jeep has been removed from YouTube after news broke on Wednesday that the singer was arrested in New Jersey late last year for driving while intoxicated.

“It would be inappropriate for us to comment on the details of a matter we have only read about and we cannot substantiate,” Jeep said in a statement to Pitchfork. “But it’s also right that we pause our Big Game commercial until the actual facts can be established. Its message of community and unity is as relevant as ever. As is the message that drinking and driving can never be condoned.”

According to the New York Times, Springsteen was arrested on Nov. 14 in New Jersey’s Gateway National Recreation Area. He faces charges for driving while intoxicated, reckless driving and consuming alcohol in a closed area. A spokesperson for the National Park Service told the Times that the singer was “cooperative throughout the process.”

Billed as a two-minute “film,” the ad marked Springsteen’s first appearance in a TV spot. Directed by Thom Zimny, “The Middle,” had a score composed by Springsteen and frequent collaborator Ron Aniello.

The ad aimed to appeal to national unity in the wake of the 2020 presidential election. “It’s no secret that the middle has been a hard place to get to lately, between red and blue. Between servant and citizen, between our freedom and our fear,” Springsteen said in the ad.

The spot aired during Sunday’s Super Bowl broadcast on CBS, intended as its one and only run on television. Until Wednesday, it was available to view on YouTube, and it is currently still accessible on Springsteen’s social media.