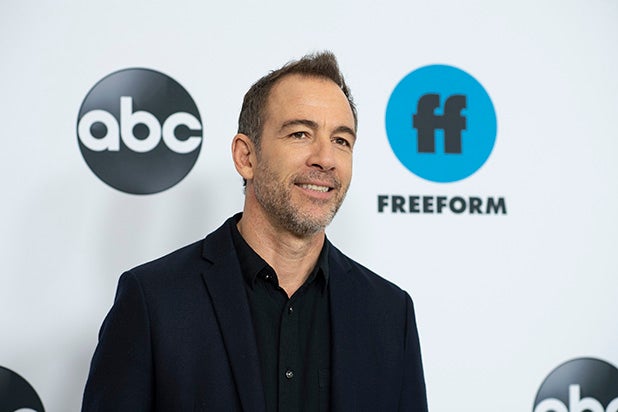 Actor/comedian Bryan Callen has been accused by four women of varying degrees of sexual misconduct including harassment, assault and rape in a report published by the Los Angeles Times on Friday. He is best known for his roles on “MADtv,” “The Goldbergs” and “Schooled.”

Former “MADtv” star Katherine Fiore Tigerman said the comedian raped her in 1999 when she first moved to Los Angeles to shoot a pilot. Tigerman said the incident took place at Callen’s apartment following what was meant to be a celebratory dinner between friends. She told the Times that Callen held her down and raped her while she repeatedly told him “no.”

Another woman, a fellow stand-up comedian, said Callen offered to trade stage time and money in exchange for oral sex. The other accusations included in the piece included a former sales associate who said Callen forced himself on her in a store dressing room and a woman who said she had a four-year affair with Callen during which he told her women have a “biological, primal desire to be raped.”

Callen denied all of the allegations against him in a statement, saying he has “never raped, forced myself upon a woman nor have I offered to trade stage time for sex. EVER.” He also characterized the night with Tigerman as a “date” and called the rape accusation “demonstrably false” in response to the Times. Read his full statement below.

Callen most recently starred in ABC’s now-canceled spinoff “Schooled,” after first appearing on the flagship series, “The Goldbergs.” An individual close to the show confirmed that there were no plans for Callen to return for the upcoming season of “The Goldbergs.”

In a recent episode of his podcast, “The Fighter and the Kid,” Callen stuck up for his friend and fellow comedian Chris D’Elia after multiple women came forward to accuse D’Elia of harassment and inappropriate sexual behavior toward underage women. The pair had sold a prank comedy show to Netflix, which was scrapped after the allegations against D’Elia first surfaced.

Let me be very clear: I have never raped, forced myself upon a woman nor have I offered to trade stage time for sex. EVER. Yes, my friend Whitney Cummings and I have ranted ad nauseum about showing her my penis on my podcast, which in no secret to anyone at this point anywhere. As to the woman who claims I raped her 21 years ago: that is demonstrably false. Katherine Fiore and I went on a date. We went to my place. We got intimate and began to have sex at which point she looked at me and said ‘wait, I don’t want to just be a one night stand.’ I immediately stopped and we spoke about her expectations and our 5 year friendship. Several days later Katherine called me and we recapped our evening and hung up as friends. In 2001, she did multiple auditions to play the role of my wife in a television show that would have had us working together every day for years. That is not what rape victims do. And her actions speak volumes.

Equally false is the mud-slinging from a woman whom I had a prior relationship with, seemingly determined to get her name in the press. While there were years of friendly texts and email exchanges, taking me up on career introductions or her asking to join me at shows, I was clearly not a power player, although her dark false accusations try to paint a different picture. She must have forgotten about the recent email she sent me apologizing for her unrelated misdeeds and promising going forward to only treat me with kindness and respect.

I know the truth. And I can only hold my head up high, remain true to myself, my family, my audience and know that I will not allow the cancel culture to subvert what I know and as importantly, what these women know, is the truth.