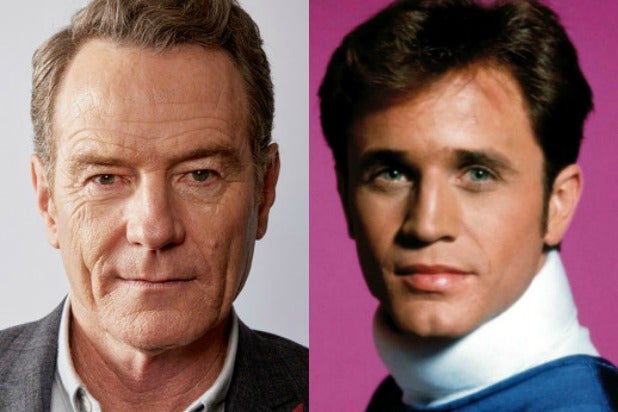 Bryan Cranston has apologized for derogatory comments he allegedly made about gay actor David Yost’s role as the original blue ranger in “Mighty Morphin Power Rangers.”

In a 2009 IGN interview Cranston referred to the blue ranger as “fey,” though it’s unclear whether he was referring to the character or the actor who played him.

“When I read that interview, which took place about a year before I came out publicly, it really hurt me,” Yost told NBC Out on Friday, expressing mixed feelings about Cranston’s casting in the new “Power Rangers” theatrical reboot.

When it was brought to Cranston’s attention the actor apologized, adding that he had no memory of the disparaging comments he made.

“To be honest, I don’t remember saying that,” said Cranston in a recent statement shared with NBC OUT through his publicist. “But I accept that I may have as Mr. Yost suggests, in an attempt at humor,” he went on to say, adding, “To hear that my impulsive comment hurt someone’s feelings, makes me contrite. I accept responsibility for the thoughtless remark and apologize to Mr. Yost and anyone else who may have been offended.”

Cranston made the comment while recounting that Yost’s character, Billy Cranston, was named after him. The actor concluded by saying, “He’s the fey one, that’s the problem.”

The word “fey” can be interpreted several ways, however, one meaning of the word described a straight male who exhibits personality traits that are stereotypically associated with being gay.

Cranston voiced multiple characters on the hit 1990s show and has now been cast in the movie reboot as a Rangers mentor named Zordon.

Yost said in a 2010 interview that he left “Mighty Morphin Power Rangers” after being continually harassed for being gay, something he worried might eventually drive him to suicide.