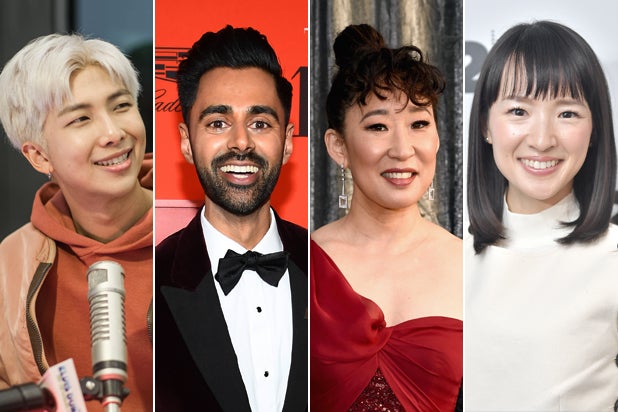 The non-profit collective Gold House has released its second annual A100 list of the most influential Asian Americans and Pacific Islanders in American culture.

The list, timed to the beginning of Asian American Heritage Month, covers the most significant individuals from the realms of media and entertainment, business, technology, social activism and politics, as chosen by a selection committee made up of AAPI nonprofit leaders and cultural icons.

Also Read: This Is What 'Crazy Rich Asians' Meant to Its Fans: 'My Heart Is Bursting'

This year, the group is also launching the A1 vote to select “the single most impactful Asian in culture from the last year.” A winner will be announced at the end of the month.

Described as a “collective of pioneering Asian founders, creative voices, and leaders dedicated to systematically accelerating the Asian diaspora’s societal impact while enhancing the community’s cultural legacy,” Gold House is the same organization behind last year’s #GoldOpen movement to buy out theaters for the opening weekend of “Crazy Rich Asians” last August.

“We know the world’s divided; when traditional institutions fail to unify us, it’s incumbent on our cultural leaders — founders, creative voices, nonprofit organizations, and businesses — to show us a brighter, more productive path,” the organization said in a statement. “It’s always been this way: cultural shifts have always preceded policy changes. The A100 List embraces the pinnacles of integrative cultural achievement to unify not only the Asian diaspora but all communities.”

Podcast Boys Club: Only 21% of Top-Charting Shows Have a Female Host (Exclusive)
2.