Bubba Wallace will be the subject of a new docuseries at Netflix.

The series will take viewers behind the scenes of the 2021 NASCAR season through the eyes of the only Black driver at the top level of the sport, and will explore Wallace, 23XI Racing and NASCAR’s efforts to advocate for inclusion and equality in racing and beyond.

This season, Wallace began racing as part of NBA legend Michael Jordan’s new team, which he bought with his business partner Denny Hamlin. Wallace had previously been racing with Richard Petty Motorsports. 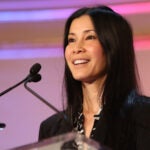 Last season, Wallace found himself in the middle of a controversy when a rope that was fashioned as a noose was found hanging in his stall before the Geico 500 in June. That came a few weeks after Wallace had successfully petitioned for NASCAR to ban the use of the Confederate flag at its events.

NASCAR strongly condemned the action and launched an immediate investigation with help from the state of Alabama and the FBI, which later determined that Wallace “was not the target” of a hate crime, pointing to photographic evidence that the noose found in his garage stall was a garage door pull and had been there “as early as last fall.”