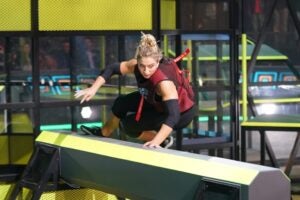 AMC Theatres and Universal’s new deal allowing films to be released for video on-demand after just 17 days in theaters could not only help both theaters and studios but also completely overhaul the business model the film industry has run on for decades. But that depends on how the rest of Hollywood responds to it — which so far remains unclear.

“In an era of increasing competition from a growing number of streaming options, we continue to believe exhibitors need to evolve and become increasingly flexible with not only the movie-going environment they provide to consumers, but also with the windowing options they provide to studios,” B. Riley FBR analyst Eric Wold wrote in a note to clients. “While this agreement is only between AMC and Universal, we would not be surprised to see other ‘option’ agreements entered into between the remainder of the major studios and the leading exhibition chains — especially as the other exhibitors may be unwilling to keep a film on their screens anyway once it becomes available through PVOD.”

For years, movie theaters have fought off efforts to reduce the 90-day exclusive window it has held on all theatrical releases, even as box office revenue for most films has come increasingly from the first three weeks of their theatrical run. But ongoing movie theater closures due to the COVID-19 pandemic, combined with Universal’s success with the PVOD release of “Trolls World Tour” this past spring, have forced the issue.

For AMC, which was saddled with mountains of debt even before the coronavirus shut down theaters, the deal provides a badly needed revenue source since the chain will collect a portion of streaming rental fees as part of the deal. (Details of AMC’s profit participation in Universal’s PVOD releases remain confidential.) Earlier this week, AMC reached a new financing deal that could reduce its debt by “between $460 million and $630 million,” according to a filing with the Securities and Exchange Commission.

In addition, the deal is expected to boost AMC’s on-demand service, which was launched last October but is still trying to gain a foothold in a VOD market filled with competitors like Amazon, Google and Fandango.

Universal, meanwhile, has now converted AMC into a partner instead of an outspoken opponent of its plans to further explore PVOD opportunities. NBCUniversal CEO Jeff Shell told the Wall Street Journal back in April that the success of its move of “Trolls World Tour” from theatrical to PVOD exceeded expectations and that they “expect to release movies in both formats.” AMC announced it would no longer book Universal films, prompting talks that led to this new deal.

And the studio believes that a shortened window will draw a bigger audience — including those at home.

Under this new model, Universal could explore new releasing strategies for some of its lower-budget titles. Comedies like Universal’s “King of Staten Island” — which skipped theaters for an on-demand release in June on Amazon Prime and Vudu — might be safe bets for this strategy since the genre has largely struggled at the box office over the past decade. Even recent comedy hits have been front-loaded, like Universal’s 2017 comedy “Girls Trip,” which made 74% of its $115 million domestic gross in the first 17 days of release.

Another genre ripe for early PVOD is family films, which have been exceptionally profitable during the pandemic with “Trolls World Tour” continuing to lead home sales three months after release. While those films have the potential to leg out, particularly during the holiday season, Universal could hypothetically move a film to PVOD if it saw that another studio like Disney has a family film coming to theaters during the fourth or fifth weekend of release. Last year, “The Secret Life of Pets 2” opened to $46 million, but weekend grosses fell below $10 million in its fourth weekend following the release of Disney/Pixar’s “Toy Story 4,” which became the film of choice for families.

Also Read: 'Tenet' Could Lose Money But Still Be Vital for Hollywood

But any serious attempts to release films on PVOD early will likely not be received well by AMC’s competitors. It’s unclear whether Cinemark and Regal — the No. 2 and 3 theater chains in the U.S. — are willing or able to follow AMC’s lead and launch their own VOD services to build a post-theatrical revenue stream.

Regal’s U.K.-based parent company Cineworld flatly rejected the AMC-Universal pact. “We clearly see this as a wrong move at the wrong time,” Cineworld CEO Mooky Gredinger said on Wednesday. “Clearly we are not changing our policy with regards to showing only movies that are respecting the theatrical window.”

That sets up the possibility of some high-stakes gamesmanship, with any film that Universal releases with a 17-day window only playing in AMC theaters or others who cut their own deals for a share of VOD revenues.

Cinemark did not respond to TheWrap’s requests for comment. The National Association of Theater Owners declined to comment for this story, saying it does not comment on business deals made by individual member companies.

Beyond the major chains, this could create more problems for regional, specialty and independent theaters that don’t have the funds to profit from VOD. Alamo Drafthouse has launched its own streaming service in the midst of the pandemic, but the focus is primarily on indie and genre titles. Whenever theaters reopen again, smaller venues might find their profit margins squeezed if the PVOD model leads enough moviegoers to just wait for films to be available at home — especially if that wait is now less than a month.

“For smaller theaters, this will probably lead to them asking for some big changes in how much cut they take from the films they screen,” Exhibitor Relations analyst Jeff Bock said. “AMC saw the writing on the wall last year and prepared for it with their own VOD service. For theaters who can’t profit from PVOD, they’ll probably want changes to how much they can make from films in those first three weekends.”

One major part of the box office that movie theaters will still try to use as leverage are tentpole films. With the hundreds of millions studios spend in production and marketing, those blockbusters still rely on the theatrical model for profitability and studios are unlikely to consider an early PVOD release. Even during AMC’s threatened blackout, Universal insisted that it was committed to the theatrical model and was only considering PVOD for smaller films. Universal’s top tentpoles like “F9” and “Jurassic World: Dominion” are still slated for release in theaters in 2021.

But a major reason why NATO and theater owners have been so defensive of the theatrical window is a fear that any concession would cause the industry to fall down a slippery slope. And since studios have the content that customers want regardless of the size of the screen it is on, some think that fall has now begun.

“Look at the way things are going with the pandemic right now,” said Sky Moore, entertainment financing partner at Greenberg Glusker LLP. “Do you think that theaters are going to be all the way open again? Are studios going to settle for reduced ticket sales with people still afraid to go out, especially one like Paramount that is in need of money right now? I think this is the first big domino to fall. It’s over.”

Bock isn’t ready to make that declaration yet. He noted that not every studio is positioned like Universal, and Cineworld’s response shows that AMC certainly doesn’t speak for all movie theaters. While Universal doesn’t have any tentpoles coming out for several months, other studios like Disney and Warner Bros. have been figuring out how to release major films like “Tenet” and “Mulan” over the past few months and might not be as inclined to talk about PVOD with theater chains. Bock believes that only time will tell how this deal between one major distributor and one major chain gets shaped into a potential new status quo by the rest of Hollywood.

“AMC made a decision that needed to be made. With the changes happening in the industry and the struggles they are having with the pandemic, they realized that they needed to adapt to the times, and hopefully this will give them a better chance of avoiding bankruptcy,” Bock said. “But remember that this only happened because AMC and Universal were at loggerheads over ‘Trolls World Tour.’ There’s a lot of other companies that probably don’t want such a major change to happen without their say, especially in such unstable times. We’ll just have to see what other deals this one triggers in the coming weeks and months.”