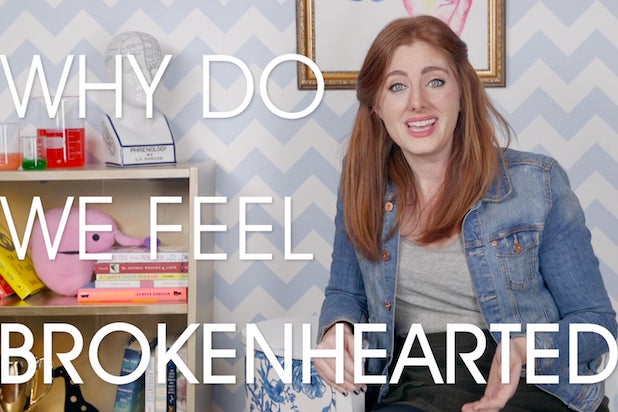 Women’s media site Bustle is known for being a content factory, but now it’s putting tender care into a new kind of output: premium video.

Bustle rolled out its first original short-form video series Wednesday, the latest digital publisher to chase readers and revenue with higher-quality clips — this time with a tailwind from Facebook.

“Creating more premium series and content is an obvious next step for us,” Bryan Goldberg, CEO of Bustle, told TheWrap in an email discussing the the company’s launch of its eight-part series “Love, Factually.”

In a digital landscape plagued with ad blocking, video has become a Holy Grail for publishers, commanding audience attention better than other content and luring more lucrative interest from advertisers. Entertainment and tech giants are pouring investment into online video, too, seeing it as their best shot to hook the elusive millennial audience. It means digital video publishers have unprecedented opportunity to reach viewers, all while they must fight harder to break through the noise.

Luckily for Bustle, its forays into producing video clips ramped up just as Facebook turned video into an obsession. Bustle began creating video in earnest a year ago with ad-hoc experiments. That coincided with an aggressive push by Facebook to elevate more video in its 1.5 billion monthly visitors’ news feeds.

So far this year, Bustle’s video views have grown 154 percent, and the majority of viewing happens via Facebook. It has generated 91 million views on Facebook in less than a year.

“Video, as a whole, for the publishing industry is still a new world in terms of advertising,” Goldberg said. “We believe if we create the best quality and most engaging content out there, the ad dollars will follow over the long term.”

Goldberg launched Bustle to social-media outcry in 2013. After the male-skewing Bleacher Report sports site he co-founded sold to Turner Broadcasting for a reported $200 million, he turned to millennial woman as the next audience. The idea was to adapt Bleacher Report’s model — where a factory of more than 2,000 unpaid sports fans churned out content — to women’s interests.

But Goldberg’s post unveiling Bustle, filled with tone-deaf proclamations — “knowing the difference between mascara, concealer, and eye-liner is not my job,” for example — sparked a backlash.

Moving more into video is one tenet to Bustle’s goals for more growth.

“It’s continuing to feed our readers interest, but it’s different: more research, more time, more energy, more production,” she said. The site expects to launch another series by the end of the year at least, and is hoping to roll out two.

“Love, Factually” delves into the social and physical science behind sex and relationships, mixing reporting on research and expert interviews with real-life relationship confessions. One inspiration for the angle was the viral success Bustle hit with a video “5 Things You Should Never Say To a Female Star Wars Fan,” which has had more than 3 million views.

“We wanted to combine that element of nerdiness with love and relationships,” said Bianca Consunji, Bustle’s director of video.