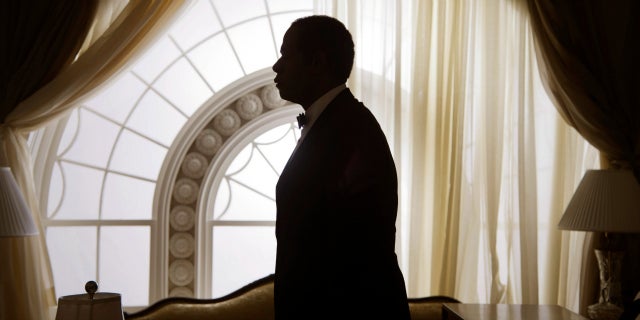 Eighty years of the black experience in America is a lot to cram into 132 minutes, but Lee Daniels provides a fascinating survey of 20th-century domestic racism in "The Butler." While it’s ostensibly the story of the title character, who views the passage of history in his service to seven presidents, the movie feels most alive when it exits the White House. Actor ("Mad Men," "Gilmore Girls") turned screenwriter Danny Strong has proven his adeptness at the popcorn-politics saga with his breezily witty and watchable HBO movies "Recount" and "Game Change." He brings that approach here, taking decisive moments in American history and boiling them down to human-size experiences. (Strong’s script is based on Wil Haygood’s magazine article, "A Butler Well Served by This Election.")

The cuckoo-rococo side of Daniels, that boundaries-free showman behind such loony spectacles as "The Paperboy" and "Shadowboxer," is nowhere to be found here; instead, he’s operating very much in awards-bait mode, juggling historical grandeur, family turmoil and a changing societal landscape.

In 1926, the Gaines family works as sharecroppers on a farm that could just as well be a pre-Civil War plantation; young Cecil (Ami Ameen) witnesses the rape of his mother (Mariah Carey) and murder of his father (David Banner) at the hands of the cruel landowner (Alex Pettyfer). Shocked at the incident, the assailant’s mother (Vanessa Redgrave) takes in young Cecil and trains him to be an in-house servant. (That’s not the term she uses, incidentally.)

As a young man, Cecil hits the road to find a better life for himself, surviving the Depression and working his way up to a hotel in Washington, D.C., where he is overheard giving benign answers to a politico asking him pointed questions about Brown vs. Board of Education. Soon after, he gets the call to work as a butler in the White House under Eisenhower (Robin Williams), and his long tenure begins.

Cecil mutely observes a parade of chief executives — Kennedy (James Marsden), Johnson (Liev Schreiber), Nixon (John Cusack) and Reagan (Alan Rickman) — grapple with race issues, and at home, his son Louis (David Oyelowo) goes off to Fisk and gets politicized, joining the Freedom Riders and later the Black Panthers, resenting his father’s status as a domestic and as an adjunct to the white establishment.

It’s the "inspired by a true story" relationship between Cecil and Louis that gives the movie its real power, as we see how generations of African-Americans took differing viewpoints on the struggle for civil rights and the tactics used to gain them. The most memorable sequence of "The Butler" features Cecil and his fellow staff members (including Lenny Kravitz and Cuba Gooding, Jr.) setting places for a state dinner while Louis and his fellow protesters stage a sit-in at a Nashville Woolworth’s, enduring first verbal and then physical abuse by angry racists.

As a mass-audience-friendly portrayal of this nation’s legacy of racism, "The Butler" is head and shoulders above feel-good kitsch like "The Help" because it portrays racism as ingrained, institutionalized and part of the legal system rather than simply being the result of vocal and identifiably mean people.

Racism was (and, in many ways, still is) part and parcel of the system, and it’s Cecil’s coming to understand and acknowledge that fact that gives "The Butler" much of its power.

Where the movie falls apart is in its desire to deliver Oscar-clip money shots; I counted three or four occasions where the score by Rodrigo Leão wells up for what’s supposed to be a "cry now" moment, but the intended sweep just isn’t there.

It’s too bad Daniels seemingly felt compelled to fish for tears, because "The Butler" has no shortage of powerful scenes and memorable performances. Oyelowo steals the show, aging over the course of the movie from a 17-year-old high-school student to a 60-ish Obama supporter, and he perfectly captures the anger and idealism of youth without making the character a cliché or a mere mouthpiece.

Whitaker embodies the quiet dignity of a man who has spent his life showing one face to his employers and another to his friends and family, and Oprah Winfrey (as Cecil’s wife Gloria) is clearly reveling in the opportunity to shake up her image a bit and play a boozy adulteress. (Her smoking scenes, alas, reveal some of the least convincing inhaling ever performed on screen.)

She’s the beneficiary of the parade of the era’s fashions, going from conservative 1950s outfits to the more out-there dresses and hairstyles of the 1960s and 1970s. It’s telling that Gloria disapproves of the afro and hoop earrings sported by Louis’s radical girlfriend in 1968 but is rocking the look herself just a few years later, as she’s dancing to "Soul Train."

It’s also worth noting that the old-age prosthetics created by the film’s talented team are uniformly excellent. That’s one prize "The Butler" has strong shot at winning.

The celeb cameos inside the White House are amusing but mostly inconsequential, although it definitely counts as a pop culture moment when Jane Fonda plays Nancy Reagan. The presidents wind up being background players in this story, anyway, where the personal really is the political.