BuzzFeed is working to raise $200 million in convertible bonds as it prepares to make an offer for Complex Networks, The Information reported on Thursday.

The $200 million raise would come as BuzzFeed is negotiating to go public via a special purpose acquisition company, or SPAC. BuzzFeed has been discussing a deal with SPAC 890 Fifth Avenue Partners for several months, with The Information reporting the two sides are “getting close to a resolution.” An announcement from the two sides is “possible in the next few weeks,” the report added.

At the same time, BuzzFeed is interested in making a deal with Complex, although negotiations are still ongoing and a deal is “far from certain,” a person familiar with negotiations told The Information. Complex — which was founded in 2002 by fashion designer Marc Ecko and is based in New York City — has an equity value of about $300 million, according to the report.

A rep for BuzzFeed did not respond to TheWrap’s request for comment.

BuzzFeed’s potential deal with 890 Fifth Avenue Partners is priced “a little below” the company’s peak valuation of $1.7 billion, The Information reported in March. 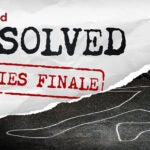 Earlier this year, 890 Fifth Avenue Partners raised $250 million when it started trading on Nasdaq. The blank check company is led by executive chairman Adam Rothstein, who is a co-founder and general partner of Disruptive Technology Partners, a tech and media-focused investment firm, and CEO Emiliano Calemzuk, who is currently serving as lead independent director at MercadoLibre. The SPAC has said it plans on targeting a business in the tech and/or media space for between $750 million and $2 billion.

For more details on tech and media-focused SPACs, check out TheWrap’s recent report on 10 blank-check companies to keep an eye on.