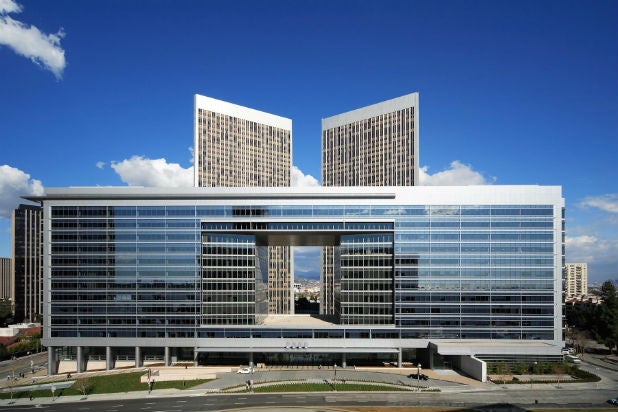 Updated at 6.15 p.m. PT: LAPD officers at the scene state that there is no bomb in the CAA building. However, officers found a suspicious package that contained an unknown liquid, now being investigated by the hazmat team.

Authorities were called to the Century City, California, building that houses the talent agency at 1:30 p.m. PT after a suspicious package was reportedly found on the ninth floor of the building.

The building, located at 2000 Avenue of the Stars, also houses a branch of Comerica Bank and several law firm offices. The entire building was ordered to evacuate as the bomb squad arrived on the scene to investigate.

CAA is one of the top talent agencies in Hollywood, representing A-list actors including Tom Cruise, Brad Pitt, Scarlett Johansson and Matthew McConaughey.

According to an individual with knowledge of the situation, the suspicious package was discovered on the North side of the building. CAA is located on the South side. As of 5:00 p.m. PST, the building remained evacuated and no employees had been allowed back inside.