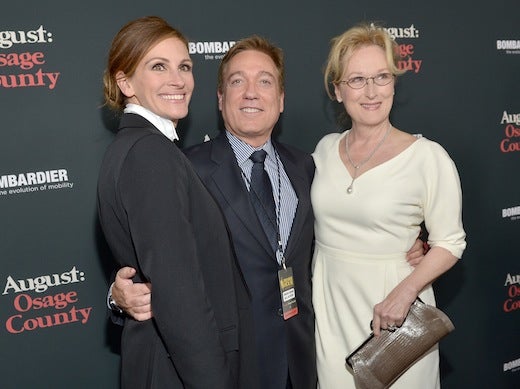 CAA is close to selling a controlling interest to private equity firm TPG Capital, which already owns 35 percent of the agency, an individual with knowledge of the situation told TheWrap on Wednesday.

The move would be a significant change in the power structure of one of Hollywood’s most powerful talent agencies, which has a major sports and corporate businesses, and has previously been controlled by the managing partners, including Bryan Lourd, Kevin Huvane, Richard Lovett and David O’Connor.

This investment, which would take TPG’s ownership stake over 50 percent, would be at a significantly higher valuation. An individual with knowledge of the deal said CAA had grown its revenue significantly since then but could not provide specifics.

With TPG as the owner of CAA rather than the managing partners, the private equity firm would likely be looking for an exit in a number of years. That could be in the form of an IPO or an outright sale.

The deal would significantly alter the fast-changing landscape of Hollywood talent agencies. WME bought the powerhouse sports marketing firm IMG in partnership with Silver Lake Partners, another private equity firm, which is now the majority owner of WME. Despite the ownership percentages, WME chairmen Ari Emanuel and Patrick Whitesell still retain control of the company,

The deal with TPG is not expected to result in any senior management changes at CAA in the near future.  The deal is expected to close in the next week.

The New York Post first broke news of the talks.

Here’s Hess and other investors at the conference: