Private equity firm TPG, the majority owner of talent agency CAA, has filed to go public via an initial public offering. The company will trade on the NASDAQ under the ticker “TPG.”

Along with CAA, TPG’s other entertainment and media investments include Spotify, STX Entertainment, Vice Media, Fandom, Entertainment Partners and Cirque du Soleil. TPG also reached a deal with AT&T to spin off its video assets including DirecTV (but not HBO Max), in which TPG holds a 30% stake. In its S-1 filed with the SEC on Thursday, TPG says it has $109 billion under management.

If the IPO goes through, CAA would become the second Hollywood talent agency to be in the public markets, following WME owner Endeavor’s own successful IPO earlier this year. However, CAA would not be subject to the same financial scrutiny as WME; buyers of TPG shares would be buying into all of the firm’s investments. 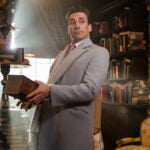 CAA has long been viewed as a potential spinoff potential from TPG.

In September, CAA agreed to acquire ICM Partners. The merger between the two 46-year-old rivals would leave just three major talent agencies in Hollywood — WME, CAA and UTA. The deal also marks the largest acquisition of its kind since WMA and Endeavor merged in 2009 and WME acquired the sports marketing giant IMG in 2014.

While there is much overlap in the operations of the two agencies, ICM boasts a major publishing division as well as a strong toehold in global sports representation since its 2020 acquisition of the London-based sports agency Stellar Group — which represents 800-plus top athletes, particularly soccer stars, across 10 countries.