The sale stems from CAA’s agreement with the WGA to sell the majority interest in its content divisions.

Wiip was formed in 2018 by Paul Lee — who founded the BBC’s U.S. cable network, BBC America, and ran ABC Family, ABC Entertainment and ABC Studios for the Walt Disney Company — and Matteo Perale, formerly head of strategy and corporate development for CAA and Infront Sports & Media. 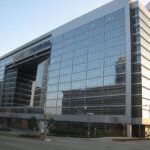 The investment in Wiip represents JTBC Studios’ expansion into the U.S. market. JTBC Studios is the first fully fledged studio in Korea and produces premium content for a global audience.

“We couldn’t be more thrilled to see our partners at JTBC Studios recognize the tremendous creativity coming out of wiip and significantly increase their investment,” Lee said in a statement. “We look forward to doing more business together in the US, Korea and the rest of the world to attract the highest level of talent together.”

“The marketplace has embraced wiip’s unique position as an independent entertainment company that
gives artists more control and ownership of their content, and a quicker path to production and
distribution,” CAA President Jim Burtson added. “With exceptional partners JTBC Studios investing new
capital and strategic insight, we’re more excited than ever to continue to support Paul and wiip as they
create the next generation of premium content for buyers worldwide.”

Last year, CAA signed a franchise agreement agreeing to phase out packaging fees and limit ownership in affiliate production studios to 20% — terms that the guild says are necessary to avoid conflicts of interest between agents and the studios they negotiate with on behalf of writers.