Caitlyn Jenner announced Friday she’s running for governor of California, positioning herself as “the only outsider who can put an end to Gavin Newsom’s disastrous time as governor.” Newsom is facing a likely recall election tied to his handling of the pandemic.

“California has been my home for nearly 50 years, she went on. “I came here because I knew that anyone, regardless of their background or station in life, could turn their dreams into reality. But for the past decade, we have seen the glimmer of the Golden State reduced by one-party rule that places politics over progress and special interests over people. Sacramento needs an honest leader with a clear vision.” 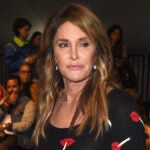 Jenner is a household name and has been for decades. In fact, the former Olympian is following in the footsteps of another Republican governor from the state, Arnold Schwarzenegger, who was also an athlete and Hollywood star.

“l have been a compassionate disrupter throughout my life, from representing the United States and winning a gold medal at the Olympics to helping advance the movement for equality. As Californians, we face a now-or-never opportunity to fundamentally fix our state before it’s too late. Taking on entrenched Sacramento politicians and the special interests that fund them requires a fighter who isn’t afraid to do what is right. I am a proven winner and the only outsider who can put an end to Gavin Newsom’s disastrous time as governor,” she said.

Jenner added, “Californians want better and deserve better from their governor.” She called the coronavirus lockdowns in the state “over-restrictive,” noted businesses were “devastated” as a result, and added that “an entire generation” of students has now missed out on a school year, and so, is suffering academically and socially.

The longtime Republican supported Donald Trump in his 2016 bid for the White House, but publicly split with him in 2017 when he announced he was banning transgender individuals from serving in the Military. Jenner came out as transgender in 2015.