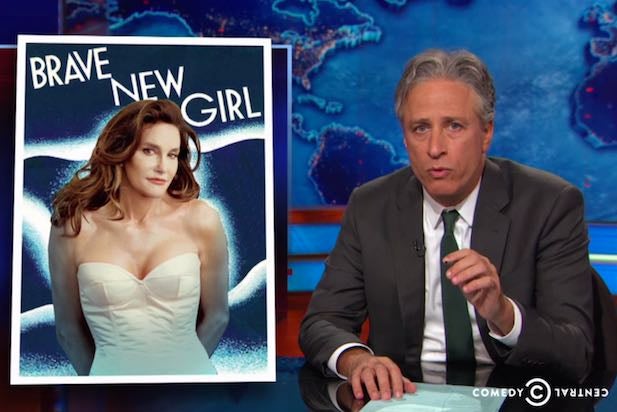 Jon Stewart slammed the media on Tuesday for salivating over Caitlyn Jenner’s “relative f–kability” on the Vanity Fair cover, where the transgender star revealed her feminine appearance this week for the first time.

After early outpourings of support for Olympian Bruce Jenner’s courage in coming out as a woman, pundits lost “no time in treating her like a woman” with comments on her body, her boobs, and if they’d like to sleep with her.

“You see Caitlyn, when you were a man we could talk about your athleticism and your business acumen, but now you’re a woman, and your looks are the only thing that matters,” Stewart said.

Comments turned cattier, he noted, as the media speculated on whether the photo had been air brushed, and observed how good Jenner looks “for her age.”

“Remind her she has an expiration date,” he added. “You came out at 55. You have another two years before your become invisible to society.”

See video: Caitlyn Jenner Is 'the New Normal' in First Teaser for E! Docuseries 'I Am Cait'

“So Caitlyn Jenner — welcome to being a woman in America,” Stewart concluded in the sharp segment.