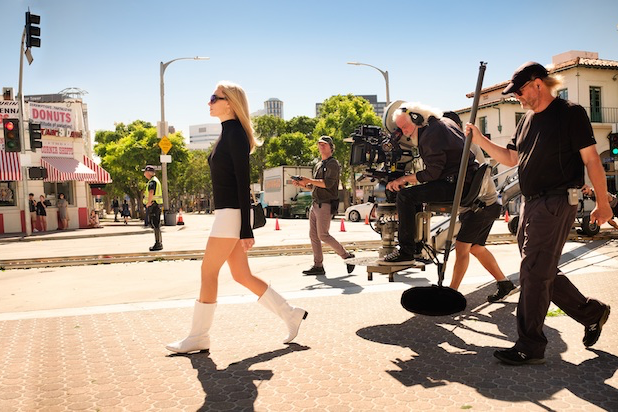 California is still hosting plenty of feature film productions, but the blockbusters are going elsewhere, according to a new study published Wednesday by FilmLA.

The survey, which looked at the 291 theatrical features and 56 streaming films released in 2018, and found that 61 were shot in the Golden State last year, closely followed by New York, with 57.

However, the number of top-grossing films shot in California continued to lag behind productions shot in Georgia and the U.K., where Pinewood Studios has locations that have become popular for blockbuster makers like Marvel Studios and Lucasfilm.

In addition, New York edged California as the primary shooting location for streaming features in 2018, with 13 to the Golden State’s 11.

“This is a report at once encouraging and sobering in its conclusions,” FilmLA President Paul Audley said in a statement. “On the one hand, it’s wonderful that California locations are so widely sought after by filmmakers. But on the other, our ability to attract the highest-value projects is almost wholly dependent on incentives, and in that space the competition is outspending us.”

“The fact is that we’d love to see more feature work done locally, but the resources required to support that expansion are operating close to capacity. To attract more feature projects white maintaining our leadership in television production will require new investments in incentives and infrastructure.”

Among the films shot entirely in California were the “Transformers” spinoff “Bumblebee” as well as recent Oscar contenders like “Vice,” “Once Upon a Time…in Hollywood” and “A Star Is Born.” Other major films shot in California include “Venom,” “Ant-Man & The Wasp,” “Captain Marvel,” and “Jumanji: Welcome to the Jungle.”