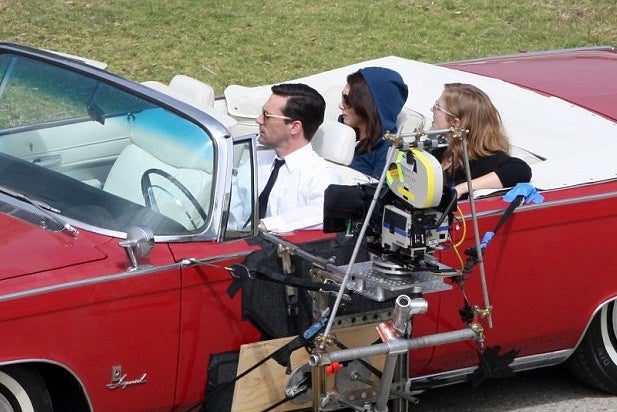 “This will send a message to the entertainment industry and all of the other states and countries that California is open for business, and in a big way,” one of the bill’s authors, Assemblyman Mike Gatto, told TheWrap. “We hope they’ll realize the folly of trying to create artificial competition to try to steal our jobs, and that this will return the industry for good.”

The measure calls for $330 million in incentives to be allocated to TV and movie producers — more than tripling the current $100 million that’s available — and means that the state can strike back at the numerous states and countries that have gutted one of California’s signature industries by luring projects with juicy tax breaks over the past decade. Funding would begin in fiscal year 2015-2016 and run through fiscal year 2018-2019.

“This changes the landscape,” said L.A.-based film producer Michael Helfant, who recently returned to Southern California after scouting locations in Georgia and Louisiana for his upcoming action comedy “Mr. Right.”

“We’ve always had the best crews and the best talent pool here, but people are going to go where they can get a financial advantage, and this is going to make a difference,” said Helfant, who partially funded the 2013 thriller with tax credits.

The bill, which was co-authored by Assemblymen Raul Bocanegra (D-Pacoima), isn’t official yet. It is expected to clear the full Senate Thursday or Friday and will then go back to the Assembly for reconciliation before the legislative session ends Sunday, and then on to Gov. Brown’s office for final approval.

Senate passage was expected but the backing of the fiscally conservative Gov. Brown had been in question. The deal announced Wednesday, which lowered the bill’s funding by $70 million from a figure approved two weeks ago by the Senate Appropriations panel, means that the governor is on board. The lower figure could lessen the political fallout for Gov. Brown over the bill, which was opposed by the state’s largest teachers and school employees unions.

While not matching the $420 million annually that New York offers, the expansion of California’s program will level the playing field. New York, Louisiana and Georgia, as well as Canada and the U.K., have siphoned off huge chunks of California’s once dominant TV and film production industry. It has cost California more than 47,000 jobs and $9.6 billion in economic output to rivals, according to a study done by the state’s local governments. Of this summer’s top ten movies at the box office, only the Universal Pictures comedy “Neighbors” was filmed in the state.

“It would be a mistake to expect to see an immediate turnaround, said Steve Weizenecker, an Atlanta-based attorney who specializes in TV and film tax credits and has represented both states that offer them and TV and film producers seeking them.

“I think it will be a success, but I wouldn’t necessarily expect a surge. A lot of decision makers are comfortable with Georgia, Louisiana or the U.K. They’re totally savvy and hip to the nuances of these incentives, but the train has already left the station, and it won’t turn around tomorrow.”

Winning the governor’s support is a triumph for the bill’s backers, a coalition of studios, Hollywood unions, the post-production industry, talent agents, local governments, film commissions and small vendors like caterers. Los Angeles Mayor Eric Garcetti has been at the forefront of the push for the bill, and has stressed repeatedly that the primary beneficiaries would be middle-class workers.

“This legislation means that the long journey started by our work with and continued with Ken Ziffren is ending in success for California’s middle class,” Mayor Garcetti said Wednesday.

In addition to extending the existing program, the bill also would for the first time allow movies with budgets greater than $75 million and new TV network dramas to qualify for the credits, which can cover up to 25 percent of a production.

The changes in the program, which is overseen by the California Film Commission, go beyond the funding as well.

The measure does away with the lottery currently used to determine eligibility for the incentives. The program was seriously over-subscribed; in June, just 23 projects out of a record 497 applications were initially accepted.

Replacing it will be what state officials describe as a “competitive process based on job creation” that will take effect starting in January 2016, with two allocation cycles per year. The California Film Commission will create regulations to develop a scoring system for applicants, subject to the approval of the governor’s Office of Business and Economic Development. The scoring system will be based on a formula that factors in aggregate employee compensation divided by the amount of tax credit requested.

Additionally, applicants will get bonus points if they commit to shoot at least 75 percent of principal photography in the state and to spend 75 percent of their production budget in California. The use of in-state post-production facilities will also help applicants’ bids.

SAG-AFTRA and the Directors Guild both applauded the deal, as did the film industry’s chief lobbying arm, the Motion Picture Association of America.

“It once again makes California a viable place to film the big budget movies and TV shows that generate thousands of jobs and millions in revenue and spending at businesses all across the state,” said Sen. Chris Dodd, chairman and chief executive of the MPAA. “It stands to bring billions of dollars into the California economy.”